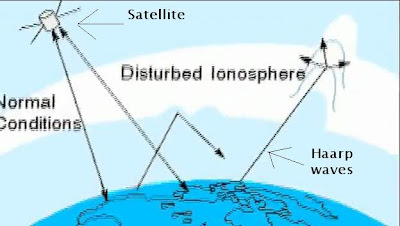 This is all a bit technical, but then this is a highly technical subject. Here is an insider turned opponent of the nuclear industry, who has has seen tens of his colleagues die from cancer over thirty years. There are a number of fascinating details revealed here, including why Germany has shut down nine nuclear reactors, and that France has two reactors currently emitting smoke. He claims Russia stopped selling uranium as it wasn’t profitable to extract, and the Japanese were using waste from Sellafield to power Fukishima, which caused the initial troubles. I like his braces.

It comes from the Dutchsinse channel. Me expands all the points under the video. This explanation makes Benjamin Fulford’s line about the explosion being deliberately caused to force Japan into line on financial matters look less likely. The two sources, however, both state that HAARP is a weapon, which is replacing nuclear weapons, as its owners believe that it can be used, without destroying the territory being ‘conquered’. The flocks of birds being killed by ionisation of the air gives an idea of how lethal HAARP could be if deployed against humans.

According to this theory the Fukushima disaster began BEFORE the earthquake and tsunami which were both caused by desperate attempts to fix the atmosphere – which was ionizing – using HAARP.

“In 2008 the production of uranium turned negative in terms of energy efficiency. In 2007 Putin announced that Russia will stop producing uranium, as it is unprofitable. At the end of 2008 Russia cut off the supply of uranium, thus 70% of the global supply was lost. Europe hadn’t prepared for this, so there was a need to fill the gap in production.

There was excess uranium from the exploded facilities of Sellafield (UK) and Superphenix (Japan). This uranium however contained 3.5% of uranium-235 and 6% of lethal plutonium.

Then a massive cargo of this plutonium was exported to Japan. During the first year everything was fine, until in 2010-2011 they started doing revisions to the reactors.

When the reactors were opened they found out that there was three times more afterheat and steam than normal. It couldn’t fit in the drivers or “vetvel space” where it is supposed to normally vanish. So they opened the reactors and started blowing the air into the atmosphere.

This continued, they opened more reactors and started releasing the air. This caused ionization levels over Japan to skyrocket.

Then NATO and IEA which monitor the ionization levels were alarmed about the rising levels over Japan. First they tried to push the ionization down with chemtrails so that the nitrogensphere wouldn’t explode. This didn’t help.

Then they started pushing the ionization cloud down with HAARP for 2.5 days according to Russian and Chinese sources. With this 1000 megawatt device they pushed massive amounts of energy to the atmosphere. They didn’t understand that this ionization cloud acts as an iron nail grounding all the energy to the soil. This energy then reached the rock foundation and piezoactive quartz crystals in the ground started vibrating.

When the tsunami came it cut off the electricity. This prevented the afterheat from the reactors to be pumped to the sea. They had to push it straight to the ether. When the hot steam was pushed upwards it started “breathing”. It took in oxygen which lead to hydrogen explosion.”

“First the reactor 1 exploded. After a few days the reactor 3 exploded. At this point, as the rock foundation was tectonically active, the energy from the explosions went to the rockbed.

Under Japan, about 2 kilometers deep, there is methane-gas-clutter which is methane in a form of ice. It is based on the sensitive balance of pressure, the temperature has to be about 2 degrees celcius. The impact hit there. Under the the reactos the leakage of neutron had drilled deep holes or pipes into the rock foundation. The methane-clutter under reactor 4 increased 168-times in volume. This is the theory of Nils-Axel Morner. And it exploded in a second, coming up through the pipe with huge speed. It hit the reactor 4, which was stopped and contained no uranium, thus everyone wondered why it even exploded.

Pictures were never shown anywhere and the public wasn’t told about this. I’ve seen a picture where a 14 meter thick concrete wall had exploded because of the massive impact. The methane clutter came at a cosmic speed creating a blue one kilometer high flame through the reactor. It made a lane of half a kilometer in diameter under the reactors.

15 minutes after the reactor 3 had exploded the reactor 2 suffered damage exploding. The whole chain of reactors exploded like this.

Everywhere on Earth, starting in 600 meters there is a layer of methane clutter which is about 1 kilometer thick.

Germany that realised this, gave a panic-alarm to shut down the inextinguishable reactors, 9 reactors were shut down immediately.

They realised that these reactors couldn’t be used in any circumstances because of the methane-clutter causing the reactors to explode.

In America they have lost about 10 reactors, also in France they have 2 reactors releasing smoke at the moment. This is happening all over the world.”

[Interviewer: Would you please tell us, what is HAAARP?]

HAARP is basically a microwave oven sending microwave frequencies under 3 megahertz or so. The basic principle is very simple. It’s like a microwave oven with its door open. It’s a system of antennas 3×3 kilometers in size.

[Where is it being controlled from?]

The closest one from here is in Norway under NATO control. They also have a couple in US and 2-3 in Russia. They are all over the place.

The purpose of HAARP is to, for example: if we have ion-radiation cloud coming from a nuclear ??????????? …. with HAARP they can heat up the upper atmosphere so that the ionization cloud is dispersed. They can also control the direction of ionization clouds if they are threading cities. They can also make artificial rain. For example during Fukushima there was continuous rain for 2-3 days as they tried to clean the atmosphere. You can also control jet streams with HAARP.

The main purpose of HAARP is to manualize what they are doing with chemtrails.

[But in practice what kind of device are we talking about?]

[And is it somewhere up there, like a satellite?]

No, it is on the ground. For example inAlaska there is a huge gas field which is producing energy to run the 1000 megawatt HAARP. So it requires a lot of energy. They are monstrous transmitters.

They first started building these in Russia, on the coast of Estonia. There was a documentary about it on television. It is a pure war machine.

[Who developed this device?]

It has been said that Nikolai Tesla originally started the development. They say that in America they can for example change the direction of hurricanes. It has been rumored that the hurricane that “attacked” America was manufactured by the Russians and Chinese and the US tried to counter the attacks with their HAARP system. Now they are also talking about getting one to Finland too, in Kilpisjarvi.

[So HAARP is not a single machine but different countries have their own units?]

It is a weapon. It is meant to replace the atomic bomb at some point. It is a weapon that can be used even without a state of war. Americans at the moment are stealing rain from other neighbouring countries.

[Can you create earthquakes with HAARP?]

Yes. This is what happened in Fukushima, an earthquake was created. The Chinese and the Russian were measuring couple of days before the HAARP activity. It has been rumored on the internet that US attacked Japan because Japan didn’t agree to join their currency system. The point of my rant is however that HAARP was used to turn down the elevated ionization levels. So there is a difference in interpretation. They didn’t understand the situation at all. For example the changing of the atmosphere into an iron nail due to ionization radiation turns air lethal. It burns your lungs. I’ve seen in Olkiluoto a flock of birds flying over the omission chimney dropping down smoking and dead. Then the guards come and pick up the birds saying: “Don’t touch them, they are radioactive!””

2 Responses to “HAARP’s Role In Fukishima”