This article appeared in a comment this morning on The Tap, sent by Single Acts Of Tyranny at 5 am. I copied and pasted the link from yahoo news. A few seconds later I went to check a detail of the comment in the blog.

The comment had gone, marked ‘removed by author’.
Only thing is, it can’t have been me that removed it. I was asleep until thirty minutes ago, and my girlfriend has not reported any tendency to sleep-walking.

Here is the piece. 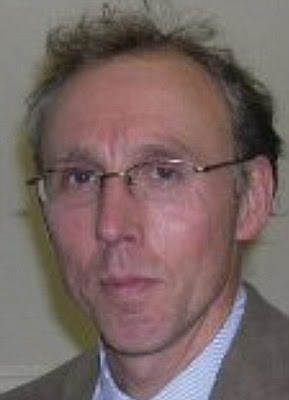 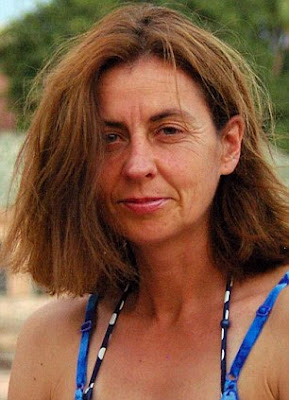 A British couple have fallen to their deaths from different buildings just days apart while on holiday, leaving their four children orphaned.
Roger and Mathilde Lamb, from Pensham, near Pershore, Worcestershire, lost their lives in the city of Essaouira on Morocco’s Atlantic Coast.

Their children are now being looked after by one of her sisters, it is thought.
Mrs Lamb, known as Tilly, is believed to have fallen from the third floor balcony of a rented apartment but died several days later.

Following her death, her husband lost his life after falling from a balcony at a nearby hotel.

A spokeswoman from the Foreign and Commonwealth Office today said: “We can confirm the death of two British nationals in Morocco in early August.
“We are providing consular assistance to the family at this difficult time.”
Mr Lamb was a geotechnical engineer who had previously worked in earthquake-stricken Christchurch, New Zealand.

I was in two minds whether to post this. When I found the comment removed by interference, I decided I would do so.

Coming on the back of the Dutchsinse episode, the shooting of his friend by contract assassins in the USA, you wonder if Roger Lamb had also discovered things he was not required to know about how the world’s earthquakes are being caused, and volcanoes being made to plume. Those who believe HAARP is being used to build up heat underground using resonance, raising magma activity levels will be interested.

Dutchsinse is warning that a major West Coast earthquake is brewing up, and the shooting of his best friend appears to be an attempt to silence him, which, if true, suggests the elites are planning something big.

My condolences to the family.

Maybe I am going mad, but both in seperate incidents? Come on? And I didn’t believe your HAARP earthquakes stuff for a second but it turns out

“Mr Lamb was a geotechnical engineer who had previously worked in earthquake-stricken Christchurch, New Zealand”

This from Gordon Logan –

The whole issue of earthquake precursors is an extremely sensitive one, which is why Obama has refused to finance it. Back in April a fella called Geller was telling the Guardian how bad it would be to do research into precursors. No need. HAARP earthquakes are in fact highly abnormal.

Their frequency pattern is skewed at the high end of the Richter scale. They cause the strange coloured aurora effect. They cause huge ionospheric heating up to 1,600 degrees celsius. They cause plasma flashes. They have also caused a huge increase in the number of cloud types recognized in recent years. They are also associated with the spraying of ionized aerosols or ‘chemtrails’ which provide a medium that permits the bouncing of the radio beam back up to the ionosphere in order to reach distant targets.

There are two specialists doing research into this. One is a Bulgarian called Ouzunov with NASA. He posted an article showing the ionospheric heating in March associated with Fukushima event. The other specialist is Sergey Pulinets. He’s Russian. The Russians are trying to push western seismologists very gently towards HAARP. (Pulinets is a nice guy, but old KGB, I’m certain.)

To this end they have produced an idiotic (strawman) theory of ‘linkage’. This theory claims that ionospheric heating is caused by leaks of radon from the earth’s surface before earthquakes and is intended to be complete nonsense.

Lastly, HAARP events are associated with suspicious economic and/or political or military factors, for example the attack on the underground Chinese nuclear weapons facility in Sechuan. In my opinion, any seismologist who hits on HAARP may well be liquidated. Someone needs to get in touch with Roger Lamb’s surviving family or colleagues to find out if he talked about HAARP.

Covert environmental warfare is going to get very, very big, according to the Chinese and needs to become public knowledge.

AND A SECOND EMAIL –

Here are some jpgs about HAARP. The headline is lying about the ‘response’. The other heating picture makes it clear the heating was a precursor. It’s from Pulinets, Ouzounov et al.

Geller has worked hard over the years to protect HAARP by campaigning against international funding of research into precursors.

When seismologists figure out HAARP, the SWHTF.

I have 24 years experience in the Construction Industry. My diverse experience includes: working in multi-disciplinaryry teams, construction supervision, carrying out and checking geotechnical designs; site investigations and reporting; tendering for new work; negotiations with clients; and management of the project deliverables, resources and budgets.