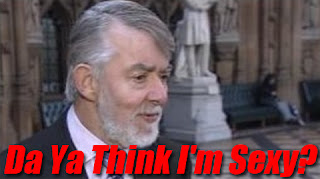 Guido Fawkes writes today quoting Member of Parliament Paul Flynn saying that all MPs are attractive to the opposite sex, whether they are sexy in looks or not.  What’s new, one might ask?  Show Business for ugly people, right!  Well, I have the answer to the problem right here!
In the old days they used bromide.  Today the government wants to mix fluoride into our water to achieve the same result, viz. a falling sperm count, a reduced appetite for sex and a general cloud of depression.  Fluoride is far more toxic than bromide ever was.  MPs will not have to worry any longer about the hordes of women who are trying to grab their attention.
FLUORIDE’LL SORT’EM
I’m working on a fluoride campaign at the moment, details below………
Here’s the leaflet  –  click to expand— that’s the front page, A5 – back page at end of post.
email me if you want .pdf copies to print.
leaflet is UK-based but could be adapted anywhere easily enough.

The UK has about 10% of the population fluoridated.  They are starting to roll out fluoridation into new areas, starting with Southampton, which has fallen after a long and fruitless battle by the residents to stop it..

Do you have fluoridation of water in your area?   (UK only)

The campaign website, www.safewatercampaign.co.uk will be launched this week, and there is already a good prospect of an important local campaign endorsement.  The campaign will roll out fully in about ten days after I return from France, nowhere near Guido Fawkes’ building site I’m happy to say.  The last two weeks of August should see things gearing up.

Until then, blogging will be patchy from my viewpoint, but maybe some of the regulars will keep their contributions rolling in.  Or news will trigger posts.  Things are never quiet for long.

Here’s the WHO having a go at persuading countries to poison their own people, no doubt as part of the worldwide depopulation programme. 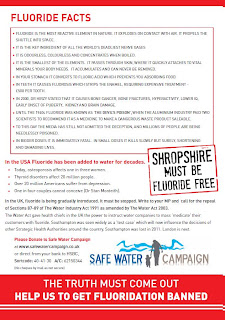 It’s a fair sign of the times when the local Health Authority is allowed to stop us all from indulging in MP-like recreational activity, and there is little anyone can do to stop them from poisoning our well.
The Tap Blog is a collective of like-minded researchers and writers who’ve joined forces to distribute information and voice opinions avoided by the world’s media.

4 Responses to “MPs Sex Lives To Be Curtailed”