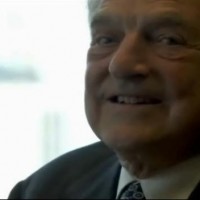 Tax and banking are designed to cripple the independent wealth-creating sector.  Families are stopped from saving through pensions that force distribution, and no passing on of wealth to the next generation.  What is passed on is, in any case, taxed to pieces by high rates of IHT.  The corporate cartels hate true independence, and they rig the tax system to ensure few can escape their clutches.

People are prevented from accumulating wealth because the corporations fear independent competition that would run rings around them, giving customers what they actually want.  They only permit companies to prosper that are part of the cartels that they control.

The next thing, (other than taxing private wealth into non-existence), that the corporate cartels do, is ensure small businesses cannot borrow money.  Whichever way they do it, the corporate cartels ensure, through their placemen like Cameron, Osborne, Cable and so on, that job-creating, fast-growing, highly competitive businesses and wealthy private families and individuals are unable to set our economy onto a virtuous course.  The jobs they would create get burned and salaries are kept in check, except for the corporate elites, who all watch each others’ backs while they keep the rest of us down.

The central bankers, and corporate monopolists don’t pay tax themselves of course.  They exist above the national level, generation upon generation.  They lend money to mere nations.  Many multinationals are bigger than the countries of the world as it is. If they were disempowered and removed from setting the rules for the rest of us, we could build a phenomenal economy.  But how will that ever happen with all political parties in their pay, and ordinary people not even aware that the Rothschilds, the Royals (as financiers), the Rockefellers even exist.  These few rich banking families are looking forward to crashing asset values in the coming credit crisis, and then buying up the assets they need to keep control of our economies, for bargain basement prices.  As insiders they know when Bernanke’s going to issue QE, and when he isn’t.  Piece of cake.  Soros, for example, is known to be waiting with 75% of his empire already into cash.  That is no doubt typical of the elites as they encircle the rest of us salivating at the bargains they will snap up shortly.