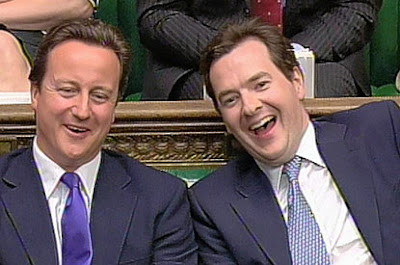 I asked Gordon Logan for an opinion on Foundation X, who they are, and what they’re trying to achieve. His reply just came in.

He thinks Cameron and Osborne turned down the offer of effectively free money from the Rothschilds, in favour of austerity and repression. We could have had it easy in the UK if only they had played it differently – or so Gordon says. And who can say he’s wrong?

If we accepted the loot back that the bankers have manipulated from us, interest free as it was offered by ‘Foundation X’, it would have eased our pain considerably. But at the same time, the bringing in of the Police State would start to seem all a little unnecessary. Whoever is backing the ‘Gungho Eton Schoolboys’, clearly wants wars and repression of political opposition, not the ease of the nation.

As the Rothschilds actually live in Britain, they now have to find a way to cope with living inside a disintegrating society. Being rich was never meant to be like this!!! We seem instead, to have politicians determined to implement a harsh program as liked by the Rockefellers, ever hungry for more turf, and power, and not the more genteel version of central banker of old, who still kept space for reinvestment in the societies they milked, basically as they liked to live well, and not be surrounded by fluoridated, dumbed down, depressed zombies.

The Rockefellers want us crushed into the ground, and Cameron’s playing to their tune.

Lord James is a very important figure and is not a politician, but a banker, whose job for many years was to follow very big money, not to spout hot air. He is precisely the kind of MI5 agent or officer, who can tell you where the money is. So Lord James must know who’s got the money in Britain.

What is striking about Foundation X is their possession of tons of real physical gold. Only 1 per cent of the world’s gold is physical gold. The rest is pieces of paper. The Rothschilds abandoned the gold market just before the price of gold started to skyrocket.

Prior to that, they had been buying up the world’s gold at $260 an ounce, as Gordon Brown well knows. So only a fool would believe that the Rothschilds gave up their interest in gold when they abandoned the famous daily gold fix. I doubt if anyone has ever heard of the Rothschilds selling gold, though
their agents have been exhorting others to sell gold since the Napoleonic Wars. I have said that if the distributed World
Government has a home, it is London.

We can be sure that there is no place where Jacob and Evelyn Rothschild feel more at
home than in England.

When they got Greenspan to force through the legislation that crashed Wall Street in 2008, their primary
concern was to ensure that they had the coercive power in place in Washington and London to ensure that bailouts would be
forthcoming from future generations of taxpayers.

But they now have a government of gungho Etonian schoolboys in London
who want to take Britain back, not to the 1970s, but the 1870s.

There are two ways of handling that situation. One is for the
Rothschilds to find a discrete way of returning some of the gold that they have plundered, so as to ensure that life will be continue
to be liveable in the Home Counties. Owing to Cameron and Osborne’s stupidity, that seems to have failed.

The only other option
is to muscle up the state in preparation for the hard times to come. Hence the attempt to introduce a new police chief from New York, followed almost immediately by the organization of nationwide riots, with suitably unusual punishments. If they’d been
smarter they would have tried it the other way round.

As for today’s crash in the gold price, that is to be expected. The rise in the
gold price represented transactions in real physical gold, which must be discouraged, as it is in Britain, in order to force savers to waste their money in the rackets of the markets.

Only one kilogram in a hundred is real physical gold, so the latter is not even for the elite, but the super elite.

It is the elite, holding all the paper gold, that will get burnt. So what is the solution to Britain’s
problem?

Force Osborne to sign the receipt for Foundation X’s gold, then kill him to keep him quiet and the Rothschilds happy.

And Ferguson can write another book saying how poor the Rothschilds are.

Thanks for your reply, Gordon.

An earlier piece from Gordon Logan which gives the notion that politicians that resist the elites don’t survive, and those that comply with what’s asked of them , survivie and prosper…

From comments in reply to Me –

You raise a very interesting question when you ask whether top politicians are aware of all this. I think that because of the internet, people are waking up. That is clear from the readers’ comments in the newspapers. Twenty years ago, the secret services kept politicians at arm’s length. I wrote an article about how the PTB wanted Blair out before 9/11. Blair adapted to what was demanded of him and Cook did the opposite and was killed. So who are the ones that are trusted and taken on board. The answer is obvious. The ones who can be coerced.

Politicians without a ‘handle’ remain on the outside. It follows that in the corridors of power there is a strange coexistence between the insiders and the others, who haven’t smelt the coffee. There are still plenty of fools in high places who think four pakis did 7/7 and that Bin Laden did 9/11. I must say that it does seem that being Jewish is a distinct advantage. I haven’t noticed the system of coercion applying to Jews. Their confidence is quite noticeable.

By contrast, Dubya was definitely under coercion. The British Royal family had to take the blame for the Diana killing, so they’re pretty low in the pecking order. Blair incidentally is a Jew with the right of ‘return’. His mother was Jewish. I think that the methods of the elite are being exposed more and more, so that politicians are finding it difficult to keep their heads in the sand. They are faced with increasingly stark moral choices.

7 Responses to “Did Cameron And Osborne Snub The Rothschilds’ Foundation X?”