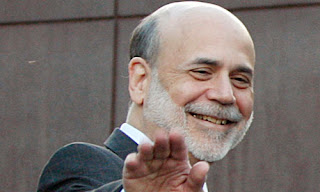 Ben Bernanke, Chairman of The Federal Reserve,  at Jackson Hole, Wyoming in 2010.
He issued $500 Billion QE, sending all asset markets rushing north, especially precious metals.
This year at the same location, he said more QE would soon be on its way, lifting gold again,  from $1475 to $1683 in six weeks.
Two months later, as the US government starts to cut spending in some areas for the first time in twenty years, as the Credit Rating Agencies reduce the US from AAA to AA,  he drops it into the conversation that, as far as QE is concerned, he’s changed his mind, claiming now that he’s worried about inflation.  These are all rapid-fire signals, coming on consecutive days, that prices are now going to allowed to drop.
These are the big players.  They lift markets and they pick the moment to crash markets once they’re cashed out.  Later they buy back in while the little guys get burned.

Gold has gone from $250 in 2002 to $1650 in 2011. It might go higher, but had there been no QE, the gold rally might easily have stalled in 2009 or 2010 at $500 lower.  Physical demand for the metal is dead.  The price runs up in the gold paper market alone.  Ordinary people and physical traders worldwide are selling their gold.
As for QE, this time there appears to be none coming after all, despite Bernanke’s comments at Jackson Hole two months ago.  Gold had fallen back to $1475, when Bernanke said more QE  would be soon forthcoming, sending it on yet another spurt to $1683.
The ending of QE (if real, and the Fed says now that they are worried about inflation and will not be making any) will send all asset markets plummeting, gold included. The most savage deflationary period of our lifetimes will be started.

The people who make money from asset markets have to convince everyone prices can only go one way, and then throw the switch so they go the other. Guido’s been had this time, like millions of others. Sorry to say. Bernanke’s not playing the QE game any more.  Without the cash to drive commodity and share markets they will reverse, all of them, gold included. 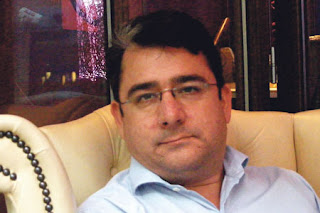 Guido Fawkes believes the price of gold can only go one way.  He might be right, and so too nearly all his readers.  But to think any price can only go one way is usually an error.  I know my views on gold don’t match 99% of others’, but this is still my blog, and even though Fawkes won’t publish my views on his blog, they will always be posted on here!  Assets markets are a game for making money, for the big players.  The little guy gets burned every time.  Cash will soon be king once more (for a year or three).

Here is a good piece that explains why deflation not inflation is the underlying problem.

11 Responses to “Cash Will Soon Be King…For A While”