News coming in thick and fast this morning.  31 US Special Forces killed in downed helicopter.  Story of murder of key Polish eurosceptic, and from comments report of a Russian missile shooting down an American ICBM.


First the Polish independence politician – Party colleagues found Andrzej Lepper hanging in his office in central Warsaw early Friday afternoon.
“Police on the scene are investigating the circumstances of the incident, but all the indications are that we are dealing with suicide by hanging,” said Mariusz Sokolowski, a police spokesman. “There is no evidence of the participation of a third party.”
Janusz Maksymiuk, a former colleague, expressed his shock at the death and said that he had met Lepper on Thursday and had discussed plans for the future and there was “no sign that anything was wrong”. (Telegraph)

After Kazynski and the plane crash, you would think Poland’s pro-EU factions would be secure enough.  Andrzej Lepper’s career had already been destroyed by a typical anti-eurosceptic, no doubt invented sex scandal, where he was accused of demanding sex for promotion by another politician.  Now this…

A controversial Polish former deputy prime minister who shot to international fame owing to his populist opposition to Poland joining the EU has been found dead, after apparently committing suicide. 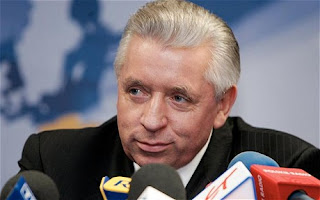 Full story……
Anyone might think there was a war on.  Here’s a Youtube video which suggests that there is.  Russia sees American and NATO forces encroaching on all sides, and is not rolling over without a tussle. (from NipponReptilian)
Rissian technology seems to be getting into the hands of the Taliban with 31 Special Forces killed in downed helicopter this morning in Afghanistan.
The video mentions that all the top US leaders are away on vacation, yet no one knows where any of them is vacationing, which seems odd.  Couple that with news that in the UK the PM, DPM and Chancellor are all on holiday at the same time too, it makes you wonder, where the elite is currently hiding, and why.
Events are rushing towards economic and military catastrophe.  If I was a political leader I’d choose to be away this week.  In fact they’re all off for two months……..
From Charles Crawford in comments, who knew Lepper when he was Ambassador to Poland.
And from anonymous, Navy Seals killed in chopper were the same ones who supposedly killed Osama Bin Laden.  That conveniently bottles the potential source of truth spillage.  He writes –
I just saw CNN reported “The SEALs have been lauded for killing al Qaeda terror leader Osama bin Laden in May, one of the most celebrated military acts in recent history.” Then somebody commented it was the same team that killed Fake Bin Laden. Therefore I speculatd They are killed rather than just an accident. If you can dig deeper, you might be able to find the truth.
6:32 PM

Also from anonymous comes a report that dutchsinse is receiving maximum harassment from government agents who don’t want the volcanic plumes visible in Nevada and California publicising.

8/6/2011 Dutchsinse has gotten enough bashing. He’s finally fed up! It looks like the government really wants to hide the plumes comes out from the volcanic military area around California and Nevada.
He has received so much harassing from many disinfo agents in the government. Especially the info about the secret missiles and rockets launched is risking his life or his followers lives.
Please check it out.  He’s really had the treatment.  It’s a sure sign he’s hit on something really sensitive to the elites.
Every week there are ten or twenty videos made against dutchsinse.  His family is being harassed.  His friends are being threatened.  The plumes he is reporting are unexplained.  He will only update if he sees more plumes.  Otherwise he’s going off the air.
‘I’ve been goin’ through it, guys,’ he finishes with.
6:41 PM
The Tap Blog is a collective of like-minded researchers and writers who’ve joined forces to distribute information and voice opinions avoided by the world’s media.

16 Responses to “There’s A Pattern To Today’s News”