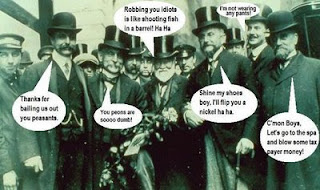 Reading comments on this blog and watching media reports, I get the feeling that most people have failed to spot the key events of recent days.  In the UK that would not be surprising as minds have been preoccupied with why the government allowed hundreds of looters to ‘riot’.


That hopefully is not going to be a weekly event.  The riots shocked due to their rarity.


The things that will really make a big difference in the months ahead is the complete change in American fiscal and monetary policy that took place in the last two weeks.


Obama has agreed to cut the deficit by at least $1.5 trillion – more than 10% of it, and possibly $4 trillion, or 25%.  Every other year since 1990, when the total deficit was $1 trillion (now $16 trillion), the deficit has been raised.  Suddenly, for the first time in twenty years, the US government has decided to cut.  That’s the fiscal change.  If anything Obama is now talking of cutting at least that amount.


Next up is the monetary policy of The Fed.  Two months ago the gold price was fading away at $1475, and it looked like the party was over, when Bernanke hinted that another third tranche of QE was going to be released.  The gold price took off the moment he spoke, and hasn’t stopped since.  The only problem is that The Fed has since changed its mind saying QE is not appropriate as they are worried about inflation.


Bernanke also stated that interest rates would be kept low, possibly until 2013.  People have gone away assuming that that’s a cast iron promise, which it was not.  It was what’s known as a definite maybe. Interest rates are set by market forces.

It was announced yesterday that US President Obama plans to ask Congress for long-term spending cuts that go well beyond the $1.5 trillion that the bipartisan “super-committee” will try to shape into existence by around Thanksgiving time and that he will also ask legislators to earmark some sizeable amount of money towards creating the jobs that the US economy appears to be in need of. In all, the Obama plan is said to contain deficit reduction measures that more than countervail the short-term expenditures aimed at boosting the flagging US economy and jobs scene.
Also yesterday, we heard from one of the Fed’s “traitors” as to why he dissented from the recently adopted language that implies low rates for a couple of more years. Dallas Fed President Fisher flat-out told an audience in Texas that the Fed’s “easy money” policy is doing very little to bolster economic conditions and that it might be interpreted by some as the “Dow wagging the Fed’s tail” in a manner of speaking.
Other dissenting members of the Fed’s FOMC also made clear their actions by saying that either a) current conditions did not warrant a policy (or language) change or that b) the Fed might have just waited until at least September to consider any action and not acted so quickly (too quickly). The “extension” is seen by many as a pledge but is has not done a whole heck of a lot for the Dow since it was first aired. We remind readers that the FOMC did not commit to actually hold rates at present levels through mid-2103, albeit that is the commonly held view by many.
This is a triple financial whammy.  Steep actual fiscal cuts, not a reduction of the rate of growth of the deficit as in Britain’s softer approach to ‘cuts’.  No more QE despite the promises.  And probably an interest rate rise to boot somewhere along the way.  No wonder the share market has cracked.

The insiders all know what the game is.  They have been cashing out their money from all markets over the last year while QE1 and QE2 lifted the price of all assets.  Soros was boasting that he’s now 75% cash only last week.  If he’s typical, the ‘gang’ will now want markets tipping out so that prices tumble and they can buy back in at one quarter where they sold, and then sit on treble their current worth after the recovery (when they miraculously turn on the flow again).


It’s the oldest game in the book.  The people who issue the world’s money can turn on and turn off the tap to order.  The clever thing is that they’ve made it all look like the work of political opponents, who’ve been demanding cuts to the deficit, and as if the latest moves are being made in the name of financial prudence.  They are not.  This is how central bankers have always behaved over the ages.  The rules stopping them from doing so, which were brought in after the 1929 crash have all been removed by Clinton and Bush.


Just as the QE boom sent waves around the world, so now will the QD (quantitative distress) have exactly the opposite effect in every corner of the globe.  For some reason people seem to have missed the key elements of this situation.  The news media has done an excellent job of disguising what’s actually going on.


UPDATE –  amusingly google stats shows this post has nil traffic!  It even has comments!  It is a standard technique to manipulate viewing stats to keep undesired posts and videos from going up the rankings (Ron Paul and Piers Morgan on CNN was showing 100 views earlier this week!!!).  I’ve seen pieces held back by deducting from the totals on here before, but I’ve never had a nil before!  It’s getting to the stage when you will know that your blogs doing well when it isn’t getting any traffic!!!


(Sitemeter shows this is getting read.  Referals show that it’s found its way into chatrooms.  Only in Google rankings is it dead.  Googlebot is crawling all over the blog this morning!)

16 Responses to “America Hits The Financial Brakes. Why?”