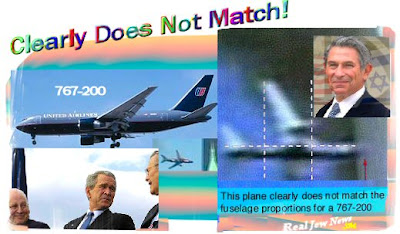 Our new Tap Blog commenter from China, ex-spy Gordon Logan, who emailed for the first time only three days ago, explains how and when he first realised that the world is not as we are told. He writes powerfully and convincingly about the moment that the scales fell from his eyes.

Firstly, we all owe a huge debt of gratitude to the Rothschilds and Mossad for 9/11. That woke up the world. Secondly, we have to thank the USAF fighter pilot who disobeyed orders and shot down the Flight 93 over Pennsylvania. That meant that WTC 7 wasn’t hit, so Larry Silverstein had to have the building ‘pulled’ late in the afternoon so as to ensure that the explosives in the building weren’t discovered. If WTC 7 had been hit and collapsed, the world might have been none the wiser.

It is significant that there was of course no claim for WTC7, since it was demolished. When I found out about WTC7 and Swiss Re, and Atta’s passport lying intact in the debris, along with the dancing Israelis who “were there to document the event”, it was all very clear. I got interested in the Rothschilds and spent weeks in the summer of 2001 on the internet investigating 9/11 and fractional reserve banking.

I was stunned by the audacity of a banking system that can only be sustained by a full blown system of covert political coercion. Money creation had been privatised and our governments can only print bonds. It was that system of coercion, involving the control of politicians, civil servants and secret services, that made the 9/11 operation possible.