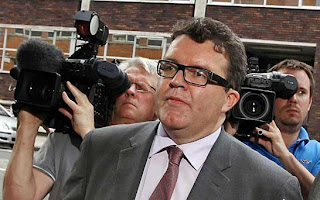 Telegraph – Today, he claims that she (Rebekah Brooks) was sending text messages to senior people in the Labour government demanding that he be sacked when he held a junior ministerial post. Mrs Brooks has not commented on the allegation.

Asked if he was pleased that Mrs Brooks — who has resigned her post and was arrested and questioned over phone hacking and corruption last weekend — has had her comeuppance, he replied: “I don’t think she has yet.” 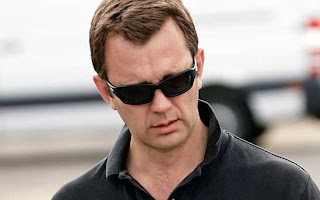 Mr Watson admitted that many had seen him as an increasingly “obsessive conspiracy theorist” as he pursued News International. But at Westminster he developed a knack of foretelling developments. Therefore, his final statement may be worth noting. “Wouldn’t it be interesting if someone [had] warned David Cameron about new evidence about Andy Coulson in December?” he said.
No comment needed.  It must be true.  It’s on the BBC, as of a few minutes ago.  David Cameron calling James Murdoch back to face Parliament once more.  His own turn coming soon, I wouldn’t doubt.

10.08 “If [Crone and Myler’s statement is true], this is the most significant moment so far”, says Tom Watson on the BBC, referring to their allegation that James Murdoch was informed of an email which apparently showed that phone hacking was much more widespread than had been acknowledged.
It would mean that “Not only [did James Murdoch] fail to report a crime to police, but it would mean he also bought the silence of Gordon Taylor, and he would face investigation for perverting the course of justice“, he says, although he points out that Murdoch stands by his version of events. Watson says that he will be taking this information to Sue Akers, the police officer in charge of the investigation into phone hacking.