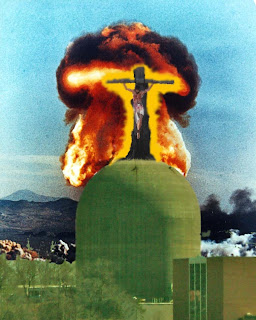 Stanley Kubrick’s movie/film Dr Strangelove was thought to be a comedy, but like all good comedy, there has to be an element of reality for it to be funny.  The question the film addresses is how do the people whose job it is to maintain and launch nuclear weapons cope psychologically with the awful responsibility they have, to potentially or actually kill hundreds of thousands of their fellow human beings?  Kubrick saw the need for the characters in his movie to go progressively mad.  That, of course is not good enough for the modern day USAF.  Instead they are encouraging their nuclear missile launch crews to go religious.  Personnel are put through ‘Jesus Loves Nukes’ classes.  I just wonder how The Prince Of Peace would see this latest interpretation of his teachings.


Extract of article below – Bosetti, who is represented by MRFF, said he believes the intent of quoting Bible passages was to make officers feel “comfortable” about launching nuclear weapons and signing a legal document stating they had “no moral qualms” about “turning the key” if ordered to do so. 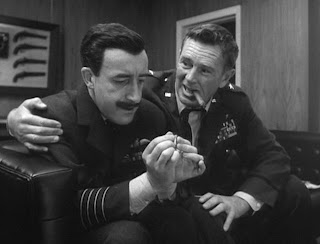 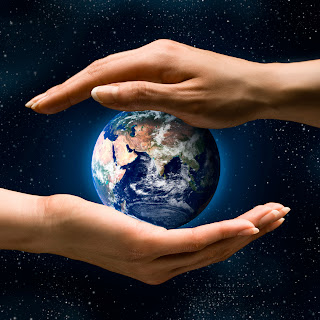 AND THEN WATCH THIS….

‘I don’t know what God is but I know what it isn’t.  There are lies everywhere.  You have to seek the truth and know the truth.  Then the truth will set you free.’

Thanks to Robert Ceuppens for the link to Zeitgeist ftom Facebook.

It is most appropriate.  The first 30 minutes is really interesting and restful (mostly) to watch, although it is a touch soulless.  The next hour is gruelling to watch, but it tells the true story of   the current situation in the world.  The comments show that readers find the film is working their minds.