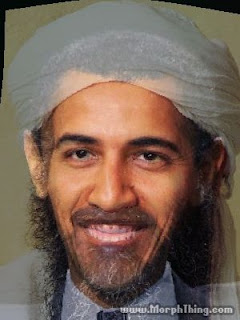 Obama Bin Laden.  It’s confusing enough for Americans as it is, but Obama tells the American public that the Norway attack is more Islamic Jihad.  Is he nuts or shrewd?
This past weekend, news outlets across the world have turned their lenses to focus on the horrific events that took place in Norway on Friday, July 22. The picture that emerges is of a lone gunman opening fire at a children’s camp (latest figures indicate anywhere between 76 and 93 deaths), following a bomb explosion that claimed at least 8 lives in the nation’s capital of Oslo earlier that day.
Already we see mainstream media indiscriminately putting its spin of choice on this tragic event and, not surprising, buzzwords being tossed around casually without regard for truth or fact include everything from “Muslim terrorists” to the omnipresent propagandistic “war on terror”.
In his article on “News Without Facts“, Edward Teller lists several specific examples:

“As the story developed Friday, almost every news outlet was quick to provide experts on Muslim terrorism and how that might have a growing negative impact on Norway and Europe. On Anderson Cooper, Friday afternoon, as he had his experts on Jihadism on camera, he was being told by another person – a CNN reporter – that the shooter, possibly the bomber, was a blond Norwegian. Cooper seemed to be taken aback, turning back to his Jihad experts, who were dismissive of the new information.”

And the war on truth doesn’t stop with mainstream media; it goes right to the top echelons of America’s government. As Finian Cunningham wrote for Global Research this past weekend:

“Within hours of Norway’s deadly bomb and gun attacks claiming at least 91 victims it has become clear that the horror was perpetrated by a Norwegian loner with rightwing Christian fundamentalist affiliations.
Yet President Barack Obama reacted immediately to the news of the atrocity to insinuate an Islamic connection and to justify America’s war on terror…
Obama is reported to have been briefed by intelligence officials before he spoke on the matter. Which makes his response an all the more odious bit of politicking to turn a horrific, tragic event into a propaganda stunt to stir up anti-Islamic fears and shore up Washington’s illegal “wars on terror”.”

Such neglectful and downright manipulative reporting of a devastating event will undoubtedly be used in future to justify further US/NATO aggression against perceived “threats”, long after the truth may be revealed and rumours exposed as false speculations.
But independent media like Global Research is also waging war; it is fighting to cut through the falsehoods and bring the truth to the public. We may not be able to fully stop corporate media from capitalizing on tragedies like what took place in Norway, or block the stream of disinformation spewing forth. But what independent media CAN do is deliver the truth, unclouded by corporate interests, and driven by the need to bring about real understanding. The goals are lofty but the need is paramount.


GLOBAL RESEARCH FULL ARTICLE
The Tap Blog is a collective of like-minded researchers and writers who’ve joined forces to distribute information and voice opinions avoided by the world’s media.

One Response to “US Media Tells America Norway Terror Was Islamic Jihad!”