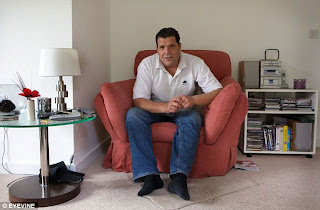 He had told friends last week he was “keeping his head down” after being interviewed by police.

Last night Mr Hoare’s father, John, 75, of Ickenham, west London, said: “I’m shocked and completely taken aback by his death.”
But he added: “I think he was right.
“He told me a lot of things but I’m not prepared to speak about it.
“I would like to say more but I’ve been told not to by solicitors.”
http://www.telegraph.co.uk/news/uknews/phone-hacking/8648482/Phone-hacking-Sean-Hoares-family-say-whistleblower-will-be-proved-right.html

The cause of Mr Hoare’s death has still not been ascertained, but examinations of the body confirmed it is ”non-suspicious”, a police spokeswoman said.
A Hertfordshire County Council spokesman said the coroner was still waiting for histology and toxicology results.
Last year, Mr Hoare publicly claimed that Andy Coulson was aware of phone hacking while he was editor at the News of the World.
He gave an interview to the New York Times, and then to the BBC, about the use of phone hacking at the newspaper.
Speaking to BBC Radio 4’s PM programme, Mr Hoare said phone hacking was ”endemic” in the newspaper industry.
The showbiz journalist was dismissed from the News of the World over drink and drug problems.
Hertfordshire coroner Edward Thomas adjourned the inquest to a later date.
AND – 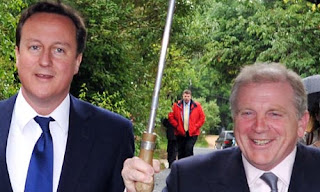 TWITTER – @SophiaPangloss
SophiaPangloss
Where’s Christopher Shale’s toxicology report?
Now.  There’s a thought.  We were told it would be  ten days a month ago.
The Tap Blog is a collective of like-minded researchers and writers who’ve joined forces to distribute information and voice opinions avoided by the world’s media.