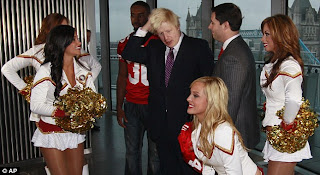 Cathy Newman writes – In the new spirit of openness, he (Cameron) said he would consult the Cabinet Secretary on an amendment to the ministerial code “to require Ministers to record all meetings with newspaper and other media proprietors, senior editors and executives, regardless of the nature of the meeting”.


Bloody ell.  ‘regardless of the nature of the meetings’!!!!!   Spare us!  Once Boris takes over, each times he gets a leg-over with a journo, it’ll be logged with the Cabinet Secretary.  Do we really need to know every little detail of these peoples’ lives?


The best thing is for such nonsense to be abandoned before it starts.


Cameron needs to come clean as to exactly what he knew about Coulson, admit he’s fucked up and apologise or resign.  Trying to claim he had no idea about any of the hacking, bribing and murdering just doesn’t wash, or that he hadn’t got a clue about Coulson, and that he disapproves of him intensely in retrospect.  He dined with him two months after his resignation, at Chequers.  It sounds like a relationship he couldn’t kick, and rather one he was quite dependent on.


Cameron doesn’t need to create a ministerial tick list, which establishes nothing other than a ridiculous level of bureaucratic control over all senior politicians.  This is starting to get very silly indeed.


His own actions are all that is coming into question.  Hackergate will not rest until people feel that Cameron has come clean.  Blustering about with nonsense as above is not answering the question.