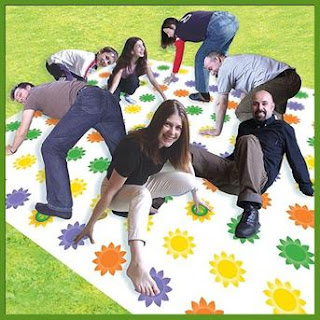 News International is the government and has been a very long time, controlling who gets elected, the Police, and lots besides like which wars we get into, how we run defence spending, and our relationship with the EU (Read Lance Price). MI5 have obviously handed over security to them or work alongside them.

The only way to stand a chance of getting government back within Britain is for the main political parties to form a government of national unity, to rid the country of control by the international cartels. That means Cameron and Clegg get shifted, and a new Conservative leader forms a cooperative relationship with Ed Miliband to govern the country, and reform the media from top to bottom.  For the Lib Dems Vince cable would be trusted.
Do we really want to carry on living in a false world, imagining we have a democracy and a free media? We will only get that if we stop playing party games, and stand together as one to throw off the evil influences that have taken over the country.

If Vince Cable, Ed Miliband and Theresa May would form a cross-party government of national unity, break the Murdoch and BBC monopolies, Britain might stand a chance.

Guardian –  Gordon Brown saw the cultivation of Murdoch as the first primary he had to win to gain the Labour leadership and even tried to use his currying favour with Murdoch and Paul Dacre, editor of the Daily Mail, as a tool to lever Tony Blair out of No 10. David Cameron slotted into the pattern by assiduously cultivating a new generation of Murdochs and turning them against the old grouch in Downing Street.

BBC – The strength of the Murdoch newspaper and TV empire was that it occupied the commanding heights of a kind of journalism that dispenses power, intimidates and influences politicians and shapes political outcomes.

The other rival power node is Jonathan Harmsworth’s Daily Mail and General Trust – which sets the agenda for all other news media in the UK but lacks the global reach.
Conrad Black’s Daily Telegraph once occupied the third peak, but in terms of influence has been a shadow of its former self in terms of influence since the old proprietor went to jail, and then – under new owners – broke the MPs’ expenses scandal.
The primary function of these journalistic centres of power is to dispense approval or disapproval to politicians. A News International journalist isreported to have said to Labour leader Ed Miliband: “You’ve made it personal with Rebekah so we’re going to make it personal with you.”
This video explains how Murdoch acquired so much power, and how News International washes your brains.
Message for the day. instructed from on high.
Subjects to cover.  instructed from on high.
Subjects not to cover.  instructed from on high.
Dumbing down.  general policy instructed from on high.
Mixing news with commentary.
Minimal reporting.
Opinion presented as fact.
Ad Libs that support Channel line get pat on back from on high.
http://www.brasschecktv.com/videos/spin/outfoxed-rupert-murdochs-war-on-journalism.html

TWITTER –  RT @JohnMannOffice: Why did Cameron dine with Brooks and J Murdoch just two days after changing Ministerial responsibility for the BSkyB deal? by jt436