Christopher Shale’s death at Glastonbury occurred on the day his leaked and probably tampered memo reached The Mail On Sunday, criticising David Cameron.  Its cause is still unexplained.   Reports at the time said that after ten days an update would be available concerning the cause of his death.  That is now a month ago.

Now another body rolls into view.  The journalist Sean Hoare who whistleblew Coulson was found dead this morning in as yet unexplained circumstances…..see below.

Anybody considering either attacking Cameron or revealing information about what he knows must be noticing the body count.  I guess it must be all the stress getting to people. 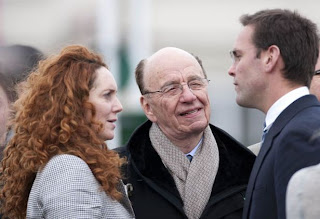 ANECDOTE – That said my godmother is Australian, as my mother came from Oz in about 1950 to jolly old England, and met my Dad.  Godmother used to play tennis with Rupert Murdoch when she was a teenager.  Her only comment was that he couldn’t cope with losing and would storm off in a tantrum.  That being said, he probably has spent all his life very determined not to lose.  Tennis opponents and other kinds of opponent should be advised.

Sean Hoare, the former News of the World showbiz reporter who was the first named journalist to allege Andy Coulson was aware of phone hacking by his staff, has been found dead, the Guardian has learned.
Hoare, who worked on the Sun and the News of the World with Coulson before being dismissed for drink and drugs problems, is said to have been found dead at his Watford home.
Hertfordshire police would not confirm his identity, but the force said in a statement: “At 10.40am today [Monday 18 July] police were called to Langley Road, Watford, following the concerns for welfare of a man who lives at an address on the street. Upon police and ambulance arrival at a property, the body of a man was found. The man was pronounced dead at the scene shortly after.
“The death is currently being treated as unexplained, but not thought to be suspicious. Police investigations into this incident are ongoing.”
Hoare first made his claims in a New York Times investigation into the phone-hacking allegations at the News of the World.
He told that newspaper that not only did Coulson know of the phone-hacking, but that he actively encouraged his staff to intercept the phone calls of celebrities in the pursuit of exclusives.
In a subsequent interview with the BBC he alleged that he was personally asked by his then-editor, Coulson, to tap into phones. In an interview with the PM programme he said Coulson’s insistence that he didn’t know about the practice was “a lie, it is simply a lie”.
At the time a Downing Street spokeswoman said Coulson totally and utterly denied the allegations and said he had “never condoned the use of phone-hacking and nor do I have any recollection of incidences where phone-hacking took place”.
Sean Hoare, a one-time close friend of Coulson’s, told the New York Times the two men first worked together at the Sun, where, Hoare said, he played tape recordings of hacked messages for Coulson. At the News of the World, Hoare said he continued to inform Coulson of his activities. Coulson “actively encouraged me to do it,” Hoare said.
In September last year he was interviewed under caution by police over his claims that the former Tory communications chief asked him to hack into phones when he was editor of the paper, but declined to make any comment.
Hoare emerged back into the spotlight last week, after he told the New York Times that reporters at the News of the World were able to use police technology to locate people using their mobile phone signals in exchange for payments to police officers.
He said journalists were able to use a technique called ‘pinging’ which measured the distance between mobile handsets and a number of phone masts to pinpoint its location.
Hoare gave further details about the use of ‘pinging’ to the Guardian last week. He described how reporters would ask a news desk executive to obtain the location of a target: “Within 15 to 30 minutes someone on the news desk would come back and say ‘right that’s where they are.'”
He said: “You’d just go to the news desk and they’d just come back to you. You don’t ask any questions. You’d consider it a job done. The chain of command is one of absolute discipline and what’s why I never bought into, like with Andy saying he wasn’t aware of it and all that. That’s bollocks.”
He said he would stand by everything he had told the New York Times about ‘pinging’. “I don’t know how often it happened. That would be wrong of me. But if I had access as a humble reporter … .”
He admitted he had had problems with drink and drugs and had been in rehab. “But that’s irrelevant,” he said. “There’s more to come. This is not going to go away.”
Hoare named a private investigator who he said had links with the News of the World, adding: “He may want to talk now because I think what you’ll find now is a lot of people are going to want to cover their arse.”
Speaking to another Guardian journalist st last week, Hoare repeatedly expressed the hope that the hacking scandal would lead to journalism in general being cleaned up and said he had decided to blow the whistle on the activities of some of his former News of the World colleagues with that aim in mind.
He also said he has been injured at a party the previous weekend while taking down a marquee erected for a children’s party. He said he had broken his nose and badly injured his foot when a relative accidentally struck him with a heavy pole from the marquee.
Hoare also emphasised that he was not making any money from telling his story. Hoare, who has been treated for drug and alcohol problems, reminisced about partying with former pop stars and said he missed the days when he was able to go out on the town. 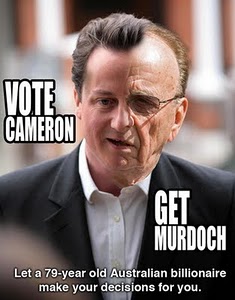 Maybe this is the trouble we’re suffering from.
NYT on July 11th 2011 –  More from Sean Hoare only this week – locating celebrities (and others) by pinging via Police at $500 a time.  It looks like he was going for it, singing like a canary, as I believe the crooks call it, when their ”colleagues” squeal.
A former show-business reporter for The News of the World, Sean Hoare, who was fired in 2005, said that when he worked there, pinging cost the paper nearly $500 on each occasion. He first found out how the practice worked, he said, when he was scrambling to find someone and was told that one of the news desk editors, Greg Miskiw, could help. Mr. Miskiw asked for the person’s cellphone number, and returned later with information showing the person’s precise location in Scotland, Mr. Hoare said. Mr. Miskiw, who faces questioning by police on a separate matter, did not return calls for comment.
A former Scotland Yard officer said the individual who provided the information could have been one of a small group entitled to authorize pinging requests, or a lower-level officer who duped his superiors into thinking that the request was related to a criminal case. Mr. Hoare said the fact that it was a police officer was clear from his exchange with Mr. Miskiw.
“I thought it was remarkable and asked him how he did it, and he said, ‘It’s the Old Bill, isn’t it?’ ” he recalled, noting that the term is common slang in Britain for the police. “At that point, you don’t ask questions,” he said.
A second former editor at the paper backed Mr. Hoare’s account. “I knew it could be done and that it was done,” he said. Speaking on condition that his name be withheld, he said that another way of tracking people was to hack into their credit card details and determine where the last charge was made. He said this tactic yielded at least one major scoop, when The News of the World tracked down James Hewitt, a former army officer and lover of Princess Diana’s, who had fled to Spain amid the media firestorm that followed the publication of his book about the affair. 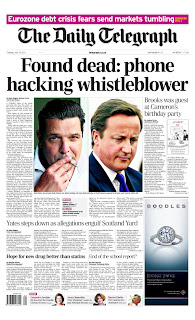 Tomorrow’s Telegraph.
See also http://the-tap.blogspot.com/2011/07/sean-hoare-told-friends-he-was-keeping.html
The Tap Blog is a collective of like-minded researchers and writers who’ve joined forces to distribute information and voice opinions avoided by the world’s media.