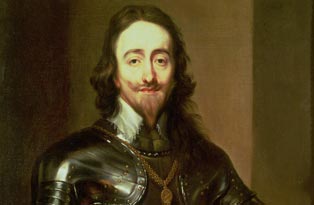 Not for the first time….Charles 1.

If people like me start talking about what we prefer to write and read about, to those who have not heard of things like false flag terrorism, central banking cartels, secret societies and cabals that engineer events, out of sight and in their own interests, the listeners react in one of two ways.

They either go quiet and smile as if to say,’Poor fool.  He’s really lost his marbles’ and move away as soon as decency permits without even a word, or they say something like ‘That doesn’t seem very likely’ or ‘I’ve not seen anything about that on the news’, often with an attitude of ‘you really are being a naughty boy’.  The phrase everyone uses for ‘what doesn’t appear on the news’ is invariably ‘conspiracy theory’. 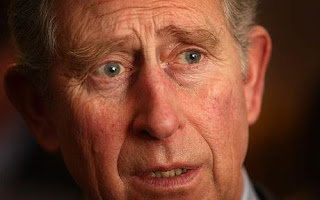 Politicians won’t touch ‘conspracy theory’ as once someone crosses the line and starts mentioning that the explanations given in the media seem a tad patchy, and hardly likely to be true, then the speaker is asked immediately to construct a different narrative.  To do that would require a background lesson of at least 30 minutes, followed by several hours of committed study on the part of the listener – something which most people are never going to attempt.

It’s not that they believe the media or politicians for the explanations that they give.  In fact they don’t for the most part, and are heavily sceptical about what they are being fed.   It’s just that they are not prepared to go through the mental effort required to examine alternative explanations.

They prefer to wallow in confusion and doubt relying on versions of truth which every sinew of their being knows to be bunkum, but they have the reassurance that everyone else is in the same situation as they are, and they can quickly lift a newspaper or watch a TV news report which appears to confirm the lies they are being asked to give credence to.

There is however a parallel world, the world of which we speak, that of not-exposed facts, which would, if exposed cast grave doubt on the veracity of nearly all news narratives.  The parallel world quite obviously exists, if you think about it.  The powerful will only tell the weak what they feel they have to reveal, and no more.  The weaker will always cooperate with being lied to, as long as they believe their needs for food, shelter, safety and employment will be met.

That’s the crux of the matter.  Once an economic crash commences, and peoples’ needs are no longer met, that is when their minds will be changed, and their willingness to believe continual lies will be exhausted.  Either that or the elite decides to stop bothering to provide an acceptable basis for life.  That moment might be closer than we know.

The parallel world of true, or at least, truer explanations is waiting.  It is not a conspiracy.  Far from it, it is our only defence.  It is the only way people will be able to find their way to new security, once their earlier certainties and beliefs get shattered.  Those who are studying this parallel world will be ready, once the crisis comes, with a pathway for the majority to follow.

This is the vulnerability of the powerful.  They prefer to operate in secret, as they know that their aim is to rig the world in their own interests, and that this will not so easily be achieved once they are exposed.  They live in fear of that exposure, and are, to a greater or lesser extent, ashamed of their own cowardliness, while working to seize power over the world. 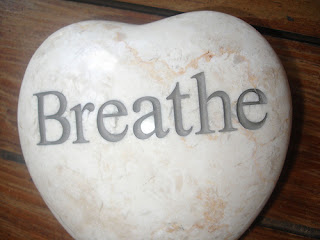 The leading light at the UN is highly secretive about his vast global corporate network, dedicated to ‘sustainable development’. …sustaining above all else the power and influence of the British Crown.  Public Private Partnerships are merging corporations with government (called ‘governance’), making both supremely powerful, disenfranchising everyone else, and bypassing national democracies. They are able to rig the world’s markets in their own favour, and act as the global government unchallenged. Yet very few have ever heard of the Prince Of Wales Business Leaders Forum, or Charles’ extraordinary position controlling and influencing the United Nations from the shadows, as it emerges as the world’s government.
Read ‘The Sustainable Prince’ by the late Joan Veon who died last year (2010).  Hearthstone Publishing. Oklahoma.  She found that any direct questions about Prince Charles’s role in world government were quickly fended off, and avoided.

It is very important that as many people as possible cross the ‘conspiracy’ line as early as they can, until the only narrative that sounds conspiratorial is that given out by the media.  Conspiracy means literally breathing together as one, and it is exactly what we should be doing.  If you can, cross the line now.  It will help us all to survive the coming crisis if you do, and assist the process of ending our slavery to undeclared vested interests, and the machinations of those desperate to achieve global power.