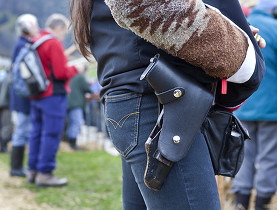 If the Norwegians allowed the bearing of arms, like the Swiss, somehow things might have been different last week.  With governments committing endless numbers of false flag terror attacks, citizens need arming to defend themselves.

This came from Me in Comments.  I read it late last night on infowars.com after injuring my leg playing tennis!  It really sums up the fact that there is no doubt we are seeing false flag terrorism again.


After the attack, Breivik’s original Facebook account disappeared from view (obviously someone has pulled it back from the Internet archive), and a new manufactured version of who Breivik was, surfaced.


He is a patsy.  He was known as a slightly insecure but not extreme person by those that knew him.  They say he has obviously been brainwashed, as the previous Breivik was not capable of such actions, and as is typical in Norway, he will now disappear into the state mental institutions and be kept locked up as an insane person, drugged up to the eyeballs.  He is first facing eight weeks solitary confinement. People can’t fight back with flowers.

The piece was put up by Alex Jones’ Infowars.  They write –

“It seems as if there are two Breiviks.  The original, a socially liberal, pro-Israel neo-con, and the second post-massacre profile of a Christian conservative, white supremacist.


The second profile has clearly been embellished to push the notion that Breivik’s rampage was driven by his Christian conservative beliefs.  This is convenient given the fact that governments recently introduced the meme that white, Christian conservatives were the leading terror threat.” – Paul Joseph Watson

(Now then where’s that compress?  I can hardly walk!)

If some one like Breivik can seems like another victim of these attacks ( as well as one of the perpetrators), then who are the culprits?  It seems that what we imagined was an independent-minded Norway, free from the shackles of the EU, is penetrated by the same evil agencies that have attacked all other western countries.  Norway is being targeted to be suppressed and absorbed into the control of the One World Government, as are all the others.


Her sister country Switzerland is no doubt going to face something similar.  At least the Swiss have guns and can fight back to some extent!

The Facebook page has to be a fraud, I believe. “legg til venn” in Norwegian means “add friend”. This tag is visible next to Breivik’s name in the first screenshot but not the second.

Since the user chooses what to make visible to those who are not on their friend list, whoever created the page, did not make “philosophy” visible (if there was anything on that).

So who was accepting the friend requests after he was arrested so the screenshot could be taken? The Facebook page was made on 17 July, 5 days before the attacks yet the killer did not choose to make his philosophy public?

He had already written a 1500 page “manifesto” online in which he said “After 5 years in the Freemasons I was finally accepted for rank 4-5.” (link below – he declined the offer due to lack of time, which is why he was 3rd degree).

Being a Freemason is not being a Christian. Do we have any more proof that Breivik wasn’t a Christian?

In it he writes

“Q: Do I have to believe in God or Jesus in order to become a Justiciar Knight?

A:
As this is a cultural war, our definition of being a Christian does not necessarilyconstitute that you are required to have a personal relationship with God or Jesus. Beinga Christian can mean many things;
– That you believe in and want to protect Europe’s Christian cultural heritage

“So no, you don’t need to have a personal relationship with God or Jesus…

atheist (an atheist who wants to preserve at least the basics of the European Christiancultural legacy (Christian holidays, Christmas and Easter)).

The PCCTS, Knights Templar is therefore not a religious organisation but rather aChristian “culturalist” military order.”

There is NO SUCH THING AS A CHRISTIAN ATHEIST. You can’t be a Christian without a personal relationship with God and Jesus.

I would like to know if one of Breivik’s real friends knew the Facebook profile as a the second screenshot shows. None have come forward saying this yet.

If you run a google news search for “Facebook hacked” you find it often happens to prominent groups and figures. So certainly there were people who could hack the profile, almost certainly someone did, the hacker accepted friends and may have changed the profile.