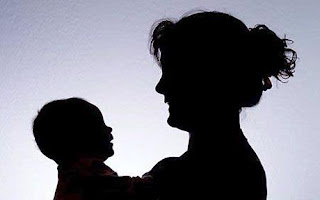 By Christopher Booker
7:35PM BST 16 Jul 2011
The latest official figures show that the number of children being taken into care by social workers (now averaging more than 800 a month) has soared in the past two years by 41 per cent, to its highest ever level.
In many of these cases, it seems that children are torn from their parents for no good reason, to such an extent that this has become one of the most disturbing scandals in our country today.
One of many startling features of this system is the remarkably casual grounds often given by social workers for seizing children in the first place, and the peculiar methods then used to justify their actions.
Two new cases I have lately been following each began with a trivial incident which was then wildly misrepresented, resulting in the tearing apart of a happy family, and misery for both parents and children.
The first of these cases concerns a responsible mother who holds down an expert job in a law firm. A year ago, she was in the kitchen preparing packed lunches for her two children when her 11-year old daughter kept on interrupting. The mother tapped her daughter on the arm with a roll of clingfilm and told her to go upstairs.

The following day the girl casually mentioned to a teacher that her mother had “hit” her. This was reported to social workers who took her into care, on the grounds that her mother had hit her with an “implement”.
They did so under a voluntary “Section 20” agreement, which the mother was prevailed upon to sign – like many other parents before her – in the belief that such a silly misunderstanding would quickly be sorted out and her child would soon return home.
However, the council then paid £14,000 to have the mother “psychiatrically assessed” by an “expert”, who produced a 235-page report which, on astonishingly flimsy and muddled grounds, found she had an undetermined “personality disorder”.
On this basis, three days before Christmas, at 11pm, the girl’s nine-year-old brother was also taken into care, provoking such a severe panic attack that an ambulance had to called for him.
His sister, meanwhile, had been put in the care of an unmarried couple, who some months ago booked her to go on a foreign holiday with them outside the EU.
Since it would be illegal for the child to be taken abroad by strangers without a full care order or parental responsibility, the social workers have lately been attempting to rush through the necessary legal proceedings – strongly resisted by the mother who is now represented by one of the very few law firms prepared to challenge our family care system
The second of my two cases is remarkably similar. A young mother of three children, married to the father of her youngest, a baby less than a year old, took part in a charity walk with her oldest daughter, aged six.
She tripped over, pulling her daughter to the ground, and although the child sustained no more than a graze, reported the incident to the first-aid tent.
The child continued going happily to school for several days, but when the mother tried to explain the small mark on her arm to a health visitor (who did not ask the child to comment), social workers arrived, escorted by three policemen, to take all three children into care.
The council commissioned a psychiatric assessment, which found that she was a competent mother. A second report found the same.
The social workers then paid for a third report, which described the mother as suffering from a “borderline personality disorder”. Solely on these grounds, a court has now ruled that the three children must be put out for adoption.
In each case, the evidence seems to indicate that the distressed children want only to be reunited with their loving parents. In each case, as in so many others, the council has been able to find an expert to opine that the mother may have some “personality disorder”, a formula as vague as that other favourite of social workers, that a child may be “at risk of emotional harm”.
Most shocking of all is how often, once these damning verdicts have been put on the record, they remain unchallenged, not least by the judges themselves.
Thus do such mockeries of justice destroy the lives of all involved – except those responsible for perpetrating the tragedies in the first place.

Comments not permitted at The Telegraph or on The Tap, for legal reasons