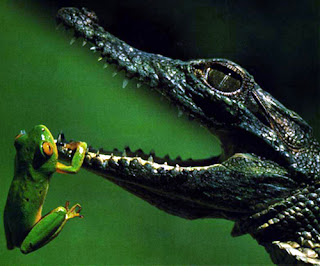 Steve of London has watched this right to the end.  I’ve only watched the first half hour so far.  It’s worth posting.  It is American in language and culture.  It’s spiritual, scientific, factual.  The story is that we are either in a state of fear or a state of love.  The video talks about how our brain works.  We have a reptilian brain, which is concerned only with survival.  We have a mammalian brain, and a primate brain, which are capable of intelligence and more virtuous constructs.   Fear is packaged and delivered to us every day in the media, which gets us to acquiesce in wars, which, if we think about it, we don’t want.  Our reptilian brain is easy to manipulate to blank out our intelligent thoughts, and force us to fight.

Some of the soundtrack has been blanked by youtube.  All good stuff that tells the real truth, gets tampered with.  The rest here is still good enough to get a message across.  Some people might find this video explanation helps to see through the daily assault on their mind.  I hope so.

DEREK writes – No Tap, you need to watch all of it. State monopolies, codex alimentarius, I.G. Farben, chemtrails, mention of HAARP, it’s all in there.

To suggest that the brain works in separate ways as described, is only scratching the surface and perhaps giving a misrepresentation of the films content. It was a clip from George Carlin that instigated the ‘three part brain’ in his partly accurate but comedic sketch.

This film is about the whole world, about the interconnected lie that has been told for generations on order to control the population, its output, its usefulness, and ultimately its reduction of excess through the very things that are going on around us today, and are to be introduced whether we want them or not in the future – our childrens future.

Listen to Bill Gates at 1hr 15min for one minute about vaccines – not a mention of health please note, but of how to bring a projected world population down from 9 billion to a lot less. Then listen to the chiropractor George Rhodes on vaccines from 1hr 20mins to 1hr 26mins.

Better still – watch the whole film. Everyone should.


Tap – agreed.  I liked this bit – The United States is a privately owned corporation, not a Republic.  It has a President, a Treasurer etc just like any other corporation.  It is not a country.  The people of America have handed over their loyalty to a private corporation.


The elite is all from the same blood line, going back to the roman emperors, egyptian pharoahs.  They have stepped back from the limelight and live in the shadows, although they still hold  all the power, and see themselves as above the rest of humanity.  All Presidents are related to each other.  Obama is related to Cheney who is related to George Bush, who is related to Queen Elizabeth.  The problem is that no one knows they are living in a prison, and have a perception that they are free, and so no one rebels.  They are a single bloodline, intermarried for thousands of years.  The myth that America is a free country is a myth.  the slave who thinks himself free is not likely to rebel against is masters.


It goes on and goes deeper.  Celebrities are also part of the story.


ALSO NOTABLE ARE – Power attracts the corruptible.  They get addicted to violence.  The people in control are a psychopathic group of people.  The silent stretches in the video which have been censored are particularly sinister.


All the 13 first Presidents have been Masons.  They are from the same bloodline.


The world of symbolism is organised to communicate the power structure.  The symbol in Congress either side of the President making his address is the Fasces – denoting fascism.  The bundle of sticks symbolises power, a coalition of governments, coming together to bully the world.


The population is to be culled…through wars, starvation, and toxins in our drink (fluoride in the water), in our food, in our medicines and in the air we breathe (chemtrails and so on).  The effects of mobile phones is called the silent holocaust.


Fluoride is in tea, coffee, toothpaste and so on….It causes IQ and memory reductions, emotional disturbance as it messes with melatonin.


Aspartame is a carcinogen.  It converts to formaldehyde in the body, a neuro-toxin which also reduces IQ, memory and so on.  Alzheimers, birth defects and cancer are also connected to Aspartame.


Monosodium-glutamate also causes brain damage – the taste enhancer used in many restaurants and in many processed foods.


Depopulation is the reason for genetically organised foods.  GM destroys internal organs.  90% belong to Monsanto.  90% is in the Americas, Canada, USA, Argentina and Brazil.  GMOs are now being pushed onto the rest of the world.  Reductions in fertility are associated with GMOs, small is litter size, falls in immunity.  GMO cannot be labeled in the USA.  90% of soy is GM.


CHEMTRAILS include Barium, Arsenic, Aluminium which are toxic metals, which have been increasing in water supplies.


PHARMACEUTICAL companies are practising a programme of genocide, making people less able to fight viruses and bacteria, not more.


Gardasil story – 8000 adverse events reported.  Blood clots.  Brain troubles.  Paralysis.  Death.  They are now trying to give it to boys.  Some vaccination is contaminated.  It’s worse than the disease.


Vaccinations are a myth.  They contain mercury, ethyline, glycol, acetone, MSG, various animal cells with viruses.  Why inject that into kids?


POLIO – was rushed out.  Animal DNAs are being merged into human vaccine.  It inflames human brains.


The spike in autism and other diseases are associated with vaccines.


Why do we keep on vaccinating?


The Patriot Act makes it impossible to sue for vaccine injuries.  They create emergencies to justify giving people shots, to panic people into getting injected.


12 out of 18 vaccines received by the average 2 year old contain mercury.


Access to nutrients and vitamins is being limited by regulation.  The WHO ensures people become sick one way or another and need to buy the products of the pharmaceutical industry.  They don’t want people to be healthy.


The UN has seen more wars in sixty years than have ever occurred throughout history, since it was formed.


The codex alimentarius, was the brainchild of the head of I.G.Farben, who made the gas for the concentration camps.  It’s about controlling food, so that people get no nutrients from food.  The food can deliver all the diseases as well.  It was written in 1961 and was planned to be implemented by 2009.


CIVIL DISOBEDIENCE –  The only way to turn things around is to bring masses onto the streets who will stick around, not go home to their tea at 5pm, and occupy the centre of London.  The civil resisters are good to listen to.  Enjoy.


Brotherhood
Community
are all free.
The agenda to enslave and commit genocide is happening faster every day.


The code of law has been subverted.


Many peoples are debt slaves already.


People need to start saying NO, and stop cooperating with our own enslavement.  Also the military and the police need to stop following orders, committing violence against their own people.  Non-compliance is an effective method of dealing with authority.


David Icke speaks well.  Stop complying.  Treat people well and ensure that good starts winning in your life, in your environment.  Open peoples’ eyes. Talk to those in the military and the Police, and explain that they too are being enslaved.


We are the system.  They use us to enslave ourselves.  Start acting as a sovereign individual. No excuses.  Don’t keep on saying – ‘they’re stopping me’.  Just do it.  Don’t keep responding to the fear that is being placed around you.  Work on a conscious spiritual level, as well as going about daily business.  Only in your conscious mind can you stitch together the real picture for yourself.  Don’t be dependent on other people to construct the life you think you want.  Take responsibility for your own perception of the world, and cut yourself off from the psychopathic elite that wants to keep you afraid.  We need to work together and control what our children learn.  We need to grow and distribute our own food.  Trust others, and learn to work with each other.


Get rid of your TV set and your radio.  Buy newspapers if you have to, but preferably work from the internet alone.


Now I’ve watched the video, Derek, I think my hook and summary piece was about right!   Everyone should watch.  Thanks for prompting me to do so.

6 Responses to “Your Reptilian Mind Is Being Manipulated! Here’s How To Stop Them.”