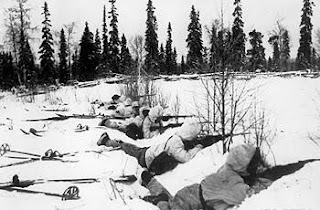 The Finns Have Always Had An Independent Streak.
They might become the first country to quit the EU.
Norway never joined the EU, and looks most unlikely to do so.

Norwegian TV Nrk reports on a recent opinion poll in Norway revealing that 66% are against EU membership, with only 26% in favour. Opposition to EU membership is highest amongst people under the age of 30, with 77% against and only 15% in favour. (Open Europe)