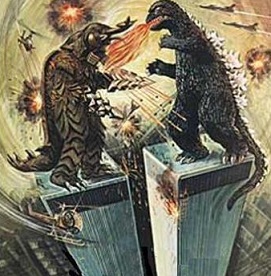 While we were not watching, conspiracy theory has undergone Orwellian redefinition.

A “conspiracy theory” no longer means an event explained by a conspiracy.  Instead, it now means any explanation, or even a fact, that is out of step with the government’s explanation and that of its media pimps.
For example, online news broadcasts of RT have been equated with conspiracy theories by the New York Times simply because RT reports news and opinions that the New York Times does not report and the US government does not endorse.
In other words, as truth becomes uncomfortable for government and its Ministry of Propaganda, truth is redefined as conspiracy theory, by which is meant an absurd and laughable explanation that we should ignore.
When piles of carefully researched books, released government documents, and testimony of eye witnesses made it clear that Oswald was not President John F. Kennedy’s assassin, the voluminous research, government documents, and verified testimony was dismissed as “conspiracy theory.”
In other words, the truth of the event was unacceptable to the authorities and to the Ministry of Propaganda that represents the interests of authorities.
The purest example of how Americans are shielded from truth is the media’s (including many Internet sites’) response to the large number of professionals who find the official explanation of September 11, 2001, inconsistent with everything they, as experts, know about physics, chemistry, structural engineering, architecture, fires, structural damage, the piloting of airplanes, the security procedures of the United States, NORAD’s capabilities, air traffic control, airport security, and other matters.  These experts, numbering in the thousands, have been shouted down by know-nothings in the media  who brand the experts as “conspiracy theorists.”
This despite the fact that the official explanation endorsed by the official media is the most extravagant conspiracy theory in human history.
Let’s take a minute to re-acquaint ourselves with the official explanation, which is not regarded as a conspiracy theory despite the fact that it comprises an amazing conspiracy.  The official truth is that a handful of young Muslim Arabs who could not fly airplanes, mainly Saudi Arabians who came neither from Iraq nor from Afghanistan, outwitted not only the CIA and the FBI, but also all 16  US intelligence agencies and all intelligence agencies of US allies including Israel’s Mossad, which is believed to have penetrated every terrorist organization and which carries out assassinations of those whom Mossad marks as terrorists.
In addition to outwitting every intelligence agency of the United States and its allies, the handful of young Saudi Arabians outwitted the National Security Council, the State Department, NORAD, airport security four times in the same hour on the same morning,  air traffic control, caused the US Air Force to be unable to launch interceptor aircraft,  and caused three well-built steel-structured buildings, including one not hit by an airplane, to fail suddenly in a few seconds as a result of limited structural damage and small, short-lived, low-temperature fires that burned on a few floors.
The Saudi terrorists were even able to confound the laws of physics and cause WTC building seven to collapse at free fall speed for several seconds, a physical impossibility in the absence of explosives used in controlled demolition.
The story that the government and the media have told us amounts to a gigantic conspiracy, really a script for a James Bond film. Yet, anyone who doubts this improbable conspiracy theory is defined into irrelevance by the obedient media.