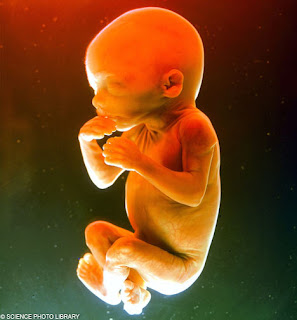 It’s three weeks since Owen Paterson wrote to the UK Border Agency on my behalf via Theresa May.  Shane is pregnant.  Her visa travel date expires on July 14th, and yet she is only a few weeks into her first trimester.  Each day is a struggle.  Headaches.  Dizziness.  Throwing up.  Peeing all the time.  Driving her in the car, she feels every jolt and I have to drop speed to 25 mph on country roads, and take roundabouts at 15 mph.  She is in no state to fly back to Manila, or to have her tiny foetus irradiated at British airport departure.

Let’s hope we get a reply from UKBA this week.  It is a great worry.  The visa is dated November, but as my invitation letter said Shane would leave on July 14th, that is the date we must leave by unless we get permission for her to stay longer.  If we overstay Shane would be blacklisted and disqualified from any further visa.  To make her fly now would be grossly irresponsible.  We enclosed a GP’s letter stating his opinion that Shane should not fly until her 18th week and that only after a further examination, probably around September. 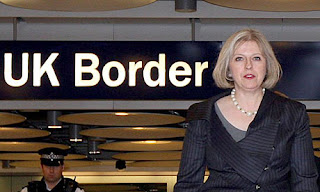 Owen Paterson wrote to Theresa May three weeks ago.  It’s time she replied.  Time is passing by.

I’ve just read The Tap.  At a PBLF meeting this morning I talked to ****** ******, who emphasised how important it is for Shane to leave UK by the visa expiry date.  In his experience, getting off the blacklist status for overstaying is very difficult.

Poor Shane.  It must be rotten to feel so delicate all the time.

Thanks for the reminder.  ******’s advice has been good and bad, in that he is not correct all the time.
It would be good to get Shane off as planned by July 14th, but her first trimester is proving very sensitive for her.
If the Home Secretary is willing to grant an extended stay on medical grounds, that would not be an overstay, as I understand it.
I will call **** ***** for further advice once we have the reply from the Home Office.
If we get no reply, we might have to make Shane leave regardless.  It is not a good idea to move her unless there is really no alternative. 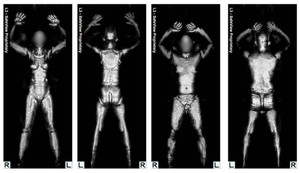 Airport scanners deliver a radiation dose twenty times bigger than ‘previously thought’
A young life could be destroyed or impaired easily by moving her too soon…….

UPDATE – Theresa May The Home Secretary has expressed her opinion that Shane can stay until the expiry date of her Visa, and can leave as and when her medical condition permits.  It is a great relief and we are very grateful.

…..some researchers who study radiation’s health effects beg to differ. Last April, four imaging experts from the University of California, San Francisco sent a letter of concern to President Obama’s science and technology advisor, John Holdren, questioning, “the extent to which the safety of this scanning device has been adequately demonstrated,” they wrote.
They added that it might deliver a concentrated dose of radiation to the skin—necessary to penetrate clothes—that could be “dangerously high,” possibly increasing the risk of skin cancer and other cancers in susceptible individuals. They called for an independent panel of experts to review all the risk data including whether the scanners pose a higher risk to certain folks like pregnant women, seniors, children, and teens.
The government declined their request, reiterating that the scans are safe for everyone.
Dr Brenner of Columbia University writes –
‘If there are increases in cancers as a result of irradiation of children,  they would most likely appear some decades in the future. It would be prudent  not to scan the head and neck,’ he added.


http://www.prisonplanet.com/cancer-surges-in-body-scanner-operators-tsa-launches-cover-up.html
Fearful of provoking further public resistance to naked airport body scanners, the TSA has been caught covering up a surge in cases of TSA workers developing cancer as a result of their close proximity to radiation-firing devices, perhaps the most shocking revelation to emerge from the latest FOIA documents obtained by the Electronic Privacy Information Center.

7 Responses to “On My Mind”