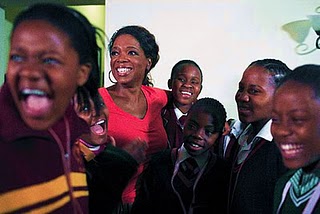 Oprah knows the way to reduce population growth, and it’s not the same as the Bill Gates method.

The only conclusion possible is that vaccinations and other ‘health’ interventions have been designed to sterilise or kill people in very large numbers.

What do you think?  watch here

Why.  Only this week, David Cameron has pledged to fund the vaccination of hundreds of millions of people in ‘Third World’ countries, using vaccines being sold by Glaxo Smith Kline for £1.50 a pop, against the more normal cost of £30.  I wonder if some of these are the ones Bill Gates is talking about, designed not to aid health, but to destroy.

Bill Gates announces a decade of vaccinations.
He says $10 billion has been allocated to the vaccination programme.  That’s enough to do the world…better watch out, if I were you.  Things like this baby might get ya..

page 273 Seeds Of Destruction – In the early 1990s, according to a report from The Global Vaccine Institute, the WHO oversaw massive vaccination campaigns against tetanus in Nicaragua, Mexico and the Philippines.

Comite Pro Vida de Mexico, a Roman Catholic lay organization, became suspicious of the motives behind the WHO program and decided to test numerous vials of the vaccine.

They found them to contain human Chorionic Gonadotrophin, or hCG. This is a natural hormone needed to maintain a pregnancy. However when combined with a tetanus toxoid carrier, it stimulated the formation of hCG antibodies, rendering a woman incapable of maintaining a pregnancy.

Similar reports of vaccines laced with hCG hormones came from the Philippines and Nicaragua.


The tetanus vaccine was only given to women aged 15-45.  It was not given to men or children.   The vaccine was given in three separate doses months apart, when one shot prevents tetanus for ten years.


The Rockefeller Foundation worked with John D Rockefeller II’s Population Council, the World Bank, the UN Development Program and the Ford Foundation, and others have been working with the WHO for twenty years to develop an anti-fertility vaccine, using hCG as well as other vaccines.


The Lancet ran an article on June 11th 1988 entitled ‘Clinical Trials of a WHO Birth Control Vaccine’, confirming the findings of Comite Pro Vida (Committee For LIfe) de Mexico….


The vaccine had been produced by Connaught Laboratories Ltd of Canada…Connaught was engaged in producing a genetically engineered version of the Human Immunodeficiency Virus (HIV).


We get the picture.  So does Oprah Winfrey in picture at top.

9 Responses to “Vaccines Designed To Kill And Sterilise People”