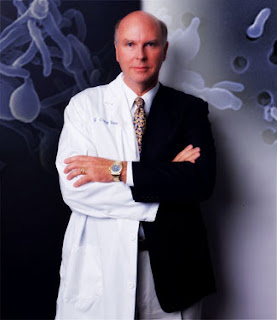 Dr Craig Venter.  He owns the patents to all the lifeforms he creates.

Dr Venter’s team of synthetic genomists has already created bacteria with specially designed properties.  If you think genentically modified agricultural crops are dangerous, how about the flu vaccines coming out next year, which are being created on a computer, and ‘printed out’ using four elements to construct DNA from nothing.

Novartis will be able to disable the body’s own immune response using synthetic vaccines, and make people dependent on medical intervention in perpetuity.  There’ll be big money in that.  Why wouldn’t they?  If you don’t want to get vaccinated, they can even create the flu bug which makes you rush to be helped, using the same computer.  They own the patents to all the synthetic life forms they create.  Be aware.  Don’t get hooked.  Imagine the power to hold the whole world to ransom through the tip of a needle.

2 Responses to “Genetically Designed Flu Virus To Be Created”