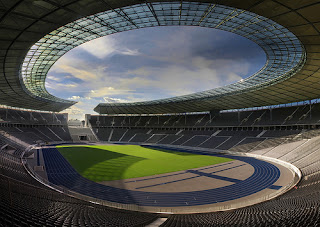 From the very resourceful self-styled ‘Me’ in comments, the story comes in that the German blogosphere is buzzing with rumours of an impending false flag attack on Berlin, coming on June 26th 2011.  It is so obvious and well-known about that they will surely have to call it off – or was it just a scare anyway?  NASA has warned its employees to be prepared for terror events.

This appears to be huge on the German speaking internet.

* Berlin’s gas reserves are stored directly underneath the Olympia Stadion.

* Maintenance work is currently being carried out in the vicinity.

Could it be a deliberately fake false flag? It seems too obvious if it is true, too many know about it for it to go ahead.


On 26.6.2011, on the current situation indicators, a massive false flag terror attack planned for the soccer World Cup in Berlin’s Olympic Stadium for the second half of the opening game, at 19.00 precisely…


More detail. It’s not so much a rumour as the work of German lawyer Torsten van Geest. Go to his website set up especially to warn of this attack here: www.26-06-2011.de. Another lawyer, Dominik Storr, has written an open letter the President of the German Federal Criminal Police Office. If you can’t read German and you have Google Chrome you will be given the option to “translate the page”. Alternatively you can cut and paste the text into an online translator.


UPDATE –  Is this a nuclear false flag terror attack? 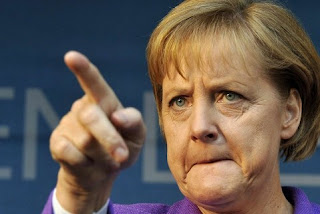 Politaia.org, a german alternative media blog, wrote an article about the german lawyer Torsten van Geest who passed in an action for provisional injunction against Angela Merkel,  Chancellor of Germany, to force her to inform the public about the planned false flag nuclear attack on the opening of the2011 Women’s Soccer World Cup in Berlin, Germany. This possible attack is debuted for some time among truthers in Germany, similar to the New Madrid rumors in the states.
The 400 page long charge details out how 9/11 was an inside job and thatBilderberg and other New World Order/Illuminati organizations are working on a next false flag operation for Germany and that Mrs. Merkel might know of it as she attained the elitist’s Bilderberg meeting before. Steven Black, an Austrian blogger who I trust one hundred percent, checked back and wrote Mr. van Geest to see if the charge was just another hoax. The answer was short and clear (translated):

Dear Mr. Black!
The action for provisional injunction is authentic. You can also find it one my website. I would welcome the distribution of this document very much!
Best regards,
Torsten van Geest
Lawyer
www.van-geest.de

There are other insider information around stating that a unusal number of fire service drills are executed these days and that at least one of those, especially the one preparing for a bomb attack at the Dresden Dynamo Stadium, was done in secrecy…
See the pictures in this German video claiming to be getting the targeting information from an episode of the Simpsons.  They show how 911 was also foretold in signalling in movies.  There are other versions out claiming to show similar.  Youtube is covered in them.  All in German, all professionally done.  Very spooky.

http://chaukeedaar.wordpress.com/2011/06/05/german-lawyer-charges-merkel-for-not-informing-the-public-of-nuclear-false-flag-attack/
9:37 PM
Creepy NASA employee video released on youtube warning of terror events.  Bit obvious surely?
Then the next video has lots of odd coincidences taking various numbers in films etc to create a theory of an impending attack on Berlin.  It’s not totally convincing, but why are they trying to stir up fear?  It all helps to keep people interested in their wars, I suppose.  I don’t get the feeling this is a real event from all this, just an attempt to stir up fear – yet again.  People in Europe are not at all inspired about Libya and all the other theatres of war being stirred up.  They are bound to try to address the war-interest deficit.   If not with false flag terror, then with false false flag terror……


See the lawyers’ action uploaded to Youtube in English

See more recent post on same topic.
The Tap Blog is a collective of like-minded researchers and writers who’ve joined forces to distribute information and voice opinions avoided by the world’s media.