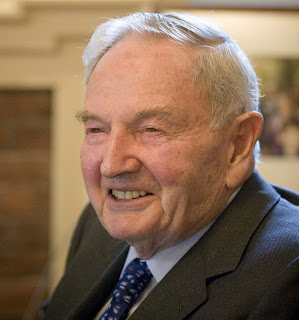 One day the Emperor will have to show his face.

Why do bankers earn millions in bonuses, and ex-Prime Ministers and Presidents discover vast pay-offs at the end of their terms of office?  Why are various military capabilities being cancelled, leaving no nation able to make war on its own, but only as part of a supranational group (apart from the USA)?

Who decides when it is time to stop cooperating with  Saddam Husseins and Gaddafis, and go get ’em?

Taking information from publicly available sources, there is no explanation for such things.  It’s as if all the key events taking place, and the pattern of events, are happening as if by magic.  And yet there must be a powerful body out there somewhere deciding who goes to war, when and why, and rewarding the politicians that cooperate with their plans, and assassinating those that don’t.

Here is an article sent by Steve from London which fleshes out the theory of a powerful family or group of families linked by marriage, controlling events from behind the scenes.  He writes –

Mr Tap, after following your blog for a while,I came across this interesting article (and blog) courtesy of Infowars this evening. I thought you might be interested in and maybe want to feature. It gives even more information to some of your previous articles.
http://deanhenderson.wordpress.com/2011/06/01/the-federal-reserve-cartel-part-i-the-eight-families/

EXTRACT – According to company 10K filings to the SEC, the Four Horsemen of Banking are among the top ten stock holders of virtually every Fortune 500 corporation. [1]

So who then are the stockholders in these money center banks?
This information is guarded much more closely. My queries to bank regulatory agencies regarding stock ownership in the top 25 US bank holding companies were given Freedom of Information Act status, before being denied on “national security” grounds.  This is rather ironic, since many of the bank’s stockholders reside in Europe.

If the same family controls the banks that control all of the top corporations in the world, that would amount to enough political power to control and manipulate the events we are witnessing.  Asking the question as to who owns the banks in America is in any case superfluous.  We know the answer.

The only question remaining is ‘when will the Rockefellers stop hiding, and come out of the closet?’  Government in secrecy can only go on so long.  One day the Emperor will have to show his face. 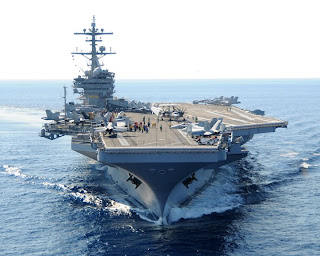 One of his deputies likes to get his name ‘out there’ as often as he can.  The Bush brigade are not as retiring as the Rockefellers.  Why. H.W.’s got the world’s bigggest aircraft carrier named after him.  She’s just arrived off the Libyan coast all set to drop nukes on Gaddafi’s tent and kill a few more of his relatives, unless he agrees to hand over the oil, that is……

The W in the bush’s names is Walker, the wealthy family they married into.  The Bushes were ‘tire’ salesmen, who made it big by financing the NAZIs. 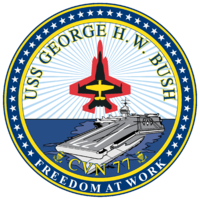 ‘Freedom At Work’.  Didn’t we hear something similar somewhere before?  Arbeit Macht Frei, wasn’t it?  Bombing the SH1T out of desert dwellers is little different to toasting slave workers, in the end of the day.
The Tap Blog is a collective of like-minded researchers and writers who’ve joined forces to distribute information and voice opinions avoided by the world’s media.

6 Responses to “Does One Family Rule The World?”