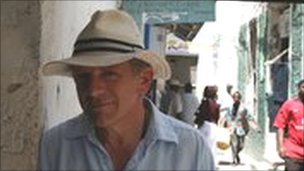 In the modern age, where people don’t join the Young Conservatives to meet a future spouse at a ball, they need to be given a political, not a social reason to become a member of the party. They need to be offered, at the very least, the chance to pick their own candidate and probably far more than that. How many more people would sign up as Tory members if it gave them a real chance to set party policy on tax?
The Cameroons argue that the membership is too small to make this a sensible move, that the result would be unrepresentative candidates and policies that were unsellable to the public. But unless the party in the country is given some real power, it will continue to wither away. If the Prime Minister’s own association can add only 20-odd members in the year its MP enters Downing Street, what hope is there for other local parties?
If the leadership are not prepared to trust their members with some real powers, then they are going to have to find a whole other way to organise the party. Otherwise, it is going to die under them.
A day later, he’s dead.  It looks like he made a highly accurate forecast.   Reports mentioned a heart attack.  Others stated it was a suicide.  Why the confusion?  It took a day and a half to find the body in a toilet.  Don’t they have managers at such events, or even attendants?


David Cameron’s a One World Government asset, a war leader.  You can’t mess around with those, and get away with it for long.  Cameron twisted and turned on his way to power, and some of his helpers now feel aggrieved by all the broken promises.  Maybe it’s best to keep quiet, if they do.


Independent Extract – He is listed on the website of europsceptic thinktank OpenEurope as a supporter and was a director of the Centre for Policy Studies.

SkyNewsBreak Sky News Newsdesk
Avon and Somerset Police say death of senior Conservative Christopher Shale at Glastonbury is not suspicious.
Why would they say that unless it was? 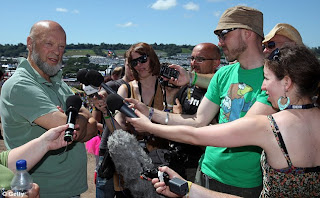 Michael Eavis ‘A Suicide Situation’
At a news conference, Mr Eavis, Founder of Glastonbury, said: ‘I’m told it was a suicide situation in the early hours of the morning … It is a personal situation, but it looks like suicide.’

If you think about it, you’ve seen the strange Steve Hilton report in the Daily Mail, the Mark Pritchard Circus Animals story and now this all in three days. There seems to be a trend.

Is there a coordinated rebellion going on?

That’s what makes this death even more suspicious.

Is this ‘pour encourager les autres’?
The bizarre Steve Hilton piece last week which seemed to be suggesting some kind of rebellion was in process……….although, at the time, it didn’t seem to be telling the whole truth.  If a rebellion is brewing, Cameron’s One World Government supporters would be keen to nip it in the bud.

The Daily Mail writes –
Tory calls for Britain to pull out of the European Union received a major boost last night after claims that they are backed by David Cameron’s most senior policy adviser.
(what Tory calls?  I haven’t heard any.  Even BIll Cash has given up by his own admission saying there is no way we can get out)
Downing Street director of strategy Steve Hilton is said to have swung behind moves for the UK to go it alone after being shocked to discover how much sovereignty has switched from Westminster to Brussels.
(is this an attempt to stop the eurosceptics leaving the Party in droves now Cameron’s shown to be a total sell-out?  I would think very likely.)
He also believes Britain should pull out of the European Convention on Human Rights (ECHR) because it gives too much power to judges – and too little to Ministers and MPs.
(what use is it for a PR adviser on £250,000 a year to start whingeing about policy?)
Mr Hilton’s growing frustration with the EU is one of the reasons he has been involved in heated exchanges in No 10 which have fuelled reports that he may walk out in protest at the Government’s failure to press ahead with radical reforms to the NHS, Whitehall and other institutions.
(If this was true, would it appear in the media?)

and then there’s also this week’s new parliamentary grouping of Conservative eurosceptics –
George Eustice was one of fourteen Conservative MPs who signed last week’s letter to the FT setting out a ‘Mainstream Euroscepticism’. Yesterday’s Independent on Sunday reported that George Eustice is forming a new parliamentary grouping with, perhaps, 100 members, that will “ensure that the current crisis in the eurozone is a beneficial crisis, not just a painful one.” Here he calls on Conservative Eurosceptics to put aside their weariness and “have one last go” at far-reaching reform of the EU.
That’s a lot of smoke coming from back-benches and party hierarchy in a single week.  Something’s up.

Guido’s version of Shale’s leaked communication misses out the crucial part I pasted in at the beginning of this post, from the Daily Mail.  No wonder his readers are confused as to what the fuss is all about.


UPDATE – Guido points out that the text at the top was Mail On Sunday ‘editorialising’, and not the original Shale version, which he published yesterday.