The coming movie Weight Of Chains tells the true story of the breakup of Yugoslavia.  Here is a clip summarising what happened at Srebrenica, with more information and balance than you have ever been given the chance of hearing before.  Was it set up to get the propaganda needed by President Clinton to commit US forces?  Listen and decide.
Weight Of Chains was released in Montreal in April 2011.  You will never see it in the UK or the US except away from usual channels.
Given the tendency for propaganda to surface during wartime, this next story from Libya seems highly suspect, coming outside the normal paywall from the highly reputable Financial Times, which would never allow any story to be sowed by the One World Government’s agents – Oh No! – 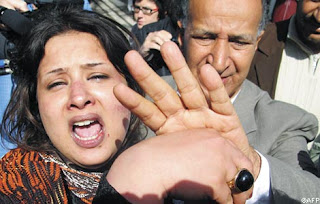 WRITTEN 30th MARCH – Remember.  They are desperate to get your support for the killing and maiming to come in Libya, and in war, any lie will do.  This is a typical propaganda job, I would say.   As we know from Global Intelligence, journalists and military Psyops officers work hand in hand on CNN, BBC and elsewhere.   Here they are at work.
Make up your own mind.
Remember that Martin Luther King believed that it was hard to oppose one’s own government in time of war, but that silence was tantamount to support.  Silence, he says, is betrayal.  Had he known then, as we now do, that the Vietnamese tried to negotiate for peace endlessly for years, only to be rejected on each occasion by America, would he have know how right he was to talk of his own government being responsible for the war’s continuation.  It is the silence of the people that makes war possible.  And your silence is obtained through propaganda, as above.
Was Mladic’s Father Murdered At Srebrenica?
The Tap Blog is a collective of like-minded researchers and writers who’ve joined forces to distribute information and voice opinions avoided by the world’s media.