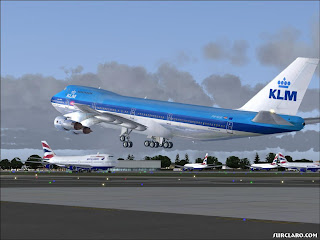 She’s on her way!

It’s too soon to count chickens, but Shane called a few minutes ago from Manila airport to say she’s through immigration.  What a difference a day makes.  It was all smiles and laughter, and everyone was as friendly as can be.  I won’t write any more until I see her in Amsterdam tonight.  It will be a quieter blog day today.

Traffic was busy yesterday hitting 2100 page downloads (Google) with many arriving from PB (130) and Guido (260) where I discussed the troubles we were experiencing with bureaucracy.  Last June 2010, The Tap received 6000 downloads (Sitemeter) for the whole month.  The traffic increase is a lot to do with the incoming material from commenters who send in excellent stuff, which is educating me, if no one else.

As for the bureaucracies I do battle with on here, it’s often the case that NO rapidly becomes YES, after situations get blog exposure.

Shane asked me to delete the name of the Immigration official concerned from yesterday’s blog post which I’ve done.

I’m taking the Global Research book, Seeds Of Destruction, The Hidden Agenda of Genetic Manipulation by F.William Engdahl to the airport.  It’s well written and informative.  It’s a sequel to his earlier title A Century Of War: Anglo-American Oil, Politics and The New World Order.  Typical Tap Blog stuff.  Seeds is all about GMO – genetically modified organisms.  It’s another scary topic.  I don’t know about you, but once the real story is known, I feel more relaxed, however bad the details.  There are usually things you can do to protect yourself.  You spend less time feeling puzzled by events, which start to fit into the ‘narrative’ which good books open up.  Unlike watching news presentations in the media, where the question left in your mind is always ‘why is this happening?’.

The NWO narrative is called ‘conspiracy theory’ by many.  I see it the other way around.  This is reality.  It’s the spin of the BBC, CNN and all which is the conspiracy, where significant facts are always missing.

Thanks for the support from many people yesterday.  It was a shock to be blocked in our plans.  Bureaucracy is growing in its power and effects everywhere on the planet.  It’s good that we have the internet to send out the message of freedom to each other every day.  Sometimes, it’s all we have to bring rapid exposure and shine a light onto murky bureaucratic actions.  Keep writing in.  I’ll watch the videos sent in by commenters in the last two days when I get time.

Today I’m collecting Shane and bringing her into the UK for the first time since we met over two years ago.  I feel a great sense of relief we don’t have to fight another extended bureaucratic battle.  In fact I’ll go back to sleep now.  It’s been a tough 24 hours.  Let’s hope there are no more troubles awaiting us later on today.

2 Responses to “Traffic’s On The Move. Reading About GM Industry.”