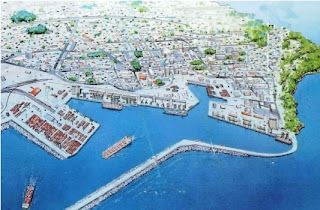 The Speaker of the Russian Parliament tells the world he believes the Japanese tsunami was caused by a weapon, not by nature.  He threatens Georgia with a similar fate.  He predicts the victory of Russia in a global war, saying Russia also possesses secret weapons of mass destruction.

The actions of the New World Order are pushing the Russian Bear into adopting an aggressive stance.  The debts are the least of it.  We could yet collect a burst of revenge or a strike of insecurity from Russia at some point if we keep starting wars around their borders.  Syria is a key friend of Moscow, offering, inter alia, access to the Mediterranean.  In this clip it is Georgia which is needling the Russian.

From the indefatigable ‘Me’ in comments.


On May 4, at the meeting of commanders of the general staffs of the Russia-NATO Council 29 member states in Brussels, Russia’s General Nikolay Makarov said that Moscow would insist that the alliance would guarantee that its European missile defense would not pose a threat to Russia’s strategic nuclear forces.

“We intend to seek firm guarantees on de-targeting missile defense against Russia’s nuclear potential. We will wait for proposals from NATO. We hope that our European colleagues will understand us”, Makarov said. “We cannot create the security situation in Europe depending on the Russian-US agreements as it was during the Cold War times,” he added, cited Itar-Tass.

The gathering took place shortly after the US announced its plans to deploy interceptor missiles in Romania, which raised serious concerns in Moscow.

“We cannot watch indifferently as the US is deploying near our borders elements of its missile defense system, which can reach as far as the Urals,” he told journalists in Moscow.

2 Responses to “Russian Speaker Confirms Japan Tsunami Was A Weapon”