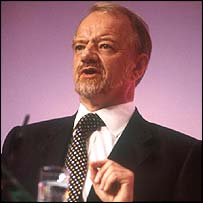 Robin Cook died shortly after revealing the truth about Al Qaeda.  Heart attack.
He was still alive when he was removed from his wife.  She was not permitted to accompany him.
Bin Laden Stuff And Nonsense

Notwithstanding all this evidence, the USA claims that in 2011 they shot and killed him, and then threw his body into the ocean.  I doubt any body thrown was actually his, but the Bin Laden myth, at least, has finally been laid to rest.  In the world of media mythology, he was one of the biggest stars of all time.  In reality he was nothing much.

But why was there this myth about him?

1996 MI6 helped ‘Al Quaeda’ attempt to kill Gaddafi in Libya.  French journalists reported this.  Gaddafi subsequently wanted  OBL declared an international terrorist.  The world laughed off this suggestion.  The CIA and ‘Al Quaeda’ are now fighting together in Libya in support of the ‘rebels’.  Bin Laden was what’s known as a CIA asset, as he was all along.

Robin Cook stated in Parliament in 2005 that Al Quaeda was only a database of mujahideen and fighters, and  the fiction that Al Quaeda was a coherent terrorist organisation with OBL at its head was a creation of the CIA.  Two months later Robin Cook died suddenly, of a convenient heart attack while on a country stroll with his wife.  He was whisked away to hospital by helicopter without his wife, who was not permitted to accompany him, although he was still alive.  At the age of 54, this brave man, like so many others who stood in their way, was no more.  By such means has the Bin Laden myth been maintained.

WIKIPEDIA writes a strangled version of the truth, typical of where heavy censorship and other methods of suppression are in use, as follows –

Stories on al Qaeda have filled the pages of many newspapers in recent years, yet there are those who say the group doesn’t exist at all. They’re an invention of the US Government designed to keep the population frightened, and ensure they accept higher military spending, suggest some. But where’s the evidence to support their claims?

The most high-level source used to support the “al Qaeda doesn’t exist” claims comes from former British Foreign Secretary Robin Cook. Or at least that’s what you might be told.
Shortly before his untimely death, former British Foreign Secretary Robin Cook told the House of Commons that “Al Qaeda” is not really a terrorist group but a database of international mujaheddin and arms smugglers used by the CIA and Saudis to funnel guerrillas, arms, and money into Soviet-occupied Afghanistan.
http://www.thetruthseeker.co.uk/article.asp?ID=3836
http://www.globalresearch.ca/index.php?context=va&aid=1291
Robin Cook wasn’t known for denying Al Qaeda is a terrorist group as far as we can recall, and searching at Hansard (a record of everything that goes on in Parliament) produced no matches even remotely matching the above claim. The best match we found was this, from a Guardian article:
Bin Laden was, though, a product of a monumental miscalculation by western security agencies. Throughout the 80s he was armed by the CIA and funded by the Saudis to wage jihad against the Russian occupation of Afghanistan. Al-Qaida, literally “the database”, was originally the computer file of the thousands of mujahideen who were recruited and trained with help from the CIA to defeat the Russians. Inexplicably, and with disastrous consequences, it never appears to have occurred to Washington that once Russia was out of the way, Bin Laden’s organisation would turn its attention to the west. The danger now is that the west’s current response to the terrorist threat compounds that original error. So long as the struggle against terrorism is conceived as a war that can be won by military means, it is doomed to fail. The more the west emphasises confrontation, the more it silences moderate voices in the Muslim world who want to speak up for cooperation. Success will only come from isolating the terrorists and denying them support, funds and recruits, which means focusing more on our common ground with the Muslim world than on what divides us.
http://www.guardian.co.uk/terrorism/story/0,12780,1523838,00.html
No suggestion whatsoever that “al Qaeda is not a terrorist group”, quite the opposite. In the absence of any supporting evidence, it looks like the original quote has been twisted to suit one side of the story: so much for finding 9/11 truth.

The same article is sometimes used on blogs and forums to claim that Robin Cook said the following:
The truth is, there is no islamic army or terrorist group called Al Qaida. And any informed intelligence officer knows this. But there is a propaganda campaign to make the public believe in the presence of an identified entity…The country behind this propaganda is the US
STATICRIOT “Robin Cook on al Qaeda”
AMERICA’S “WAR ON TERRORISM”
by Michel Chossudovsky

In this new and expanded edition of Michel Chossudovsky’s 2002 best seller, the author blows away the smokescreen put up by the mainstream media, that 9/11 was an attack on America by “Islamic terrorists”.  Through meticulous research, the author uncovers a military-intelligence ploy behind the September 11 attacks, and the cover-up and complicity of key members of the Bush Administration.
The expanded edition, which includes twelve new chapters focuses on the use of 9/11 as a pretext for the invasion and illegal occupation of Iraq, the militarisation of justice and law enforcement and the repeal of democracy.
According to Chossudovsky, the  “war on terrorism” is a complete fabrication based on the illusion that one man, Osama bin Laden, outwitted the $40 billion-a-year American intelligence apparatus. The “war on terrorism” is a war of conquest. Globalisation is the final march to the “New World Order”, dominated by Wall Street and the U.S. military-industrial complex.
September 11, 2001 provides a justification for waging a war without borders. Washington’s agenda consists in extending the frontiers of the American Empire to facilitate complete U.S. corporate control, while installing within America the institutions of the Homeland Security State.

Robin Cook stands tall in the list of those who died trying to save the peace of the world.
The Tap Blog is a collective of like-minded researchers and writers who’ve joined forces to distribute information and voice opinions avoided by the world’s media.