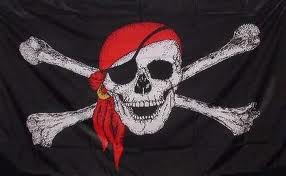 Who are the debt pirates, robbing us blind?

The BBC called it The Rally For Cuts, contrasting this with the earlier Trades Union effort called the Rally Against Cuts.  Why does the BBC think they are entitled to rename a Rally on the national news differently  from its actual name?

The Rally was called The Rally Against Debt by its organisers.   The BBC though wants to frame the debate as one between left and right, between socialism and conservatism, as required by their controllers.  The last thing the bankers want is for anyone to think about is who is actually lending the money being borrowed, where this money comes from, and who is getting the benefit of the interest payments for the next thirty and more years.

People are instinctively against being in debt, which means being in the power of others.  Who are those others into whose power we are being delivered?  The BBC won’t say.   Their job is to protect the powerful from exposure, and undermine any possible rebellion against them. 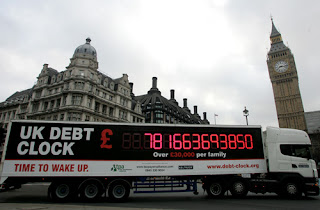 The striking thing to me about the rally was the youth of its participants.

To avoid any doubt about who is causing Britain’s debts to grow so vast, nearly £1 trillion, and projected to grow to £1.5 trillion by 2015, the organisers and speakers identified the primary suspects who are committing debt piracy against Britain –

1.   Brown and Blair created the ‘marzipan’ layer of highly paid civil servants, who are costing billions and produce zilch.

2.  The EU – costs Britain £50 million a day, which goes straight down the drain.

3.  The endless imperial wars, usually billed as wars against humanity.  These are, in fact, interventions in sovereign countries using murder to seize their oil, their land, water and cash.  In a word, it’s state sponsored piracy, costing us billions, with all the benefits going into the pockets of multinational oil companies and bankers, never mind the murder of tens or hundreds of thousands of our fellow human beings.

I was at the Rally.  The biggest cheer undoubtedly went up for Farage’s cry of ‘no more Euro bail-outs‘.  He had to stop speaking to absorb the cheer for several seconds.

At the Rally I met old friends again, people like Bill Cash, and Nigel Farage.  I bumped into and met Guido, Tory Bear, Gerard Batten MEP and other net acquaintances, who I met face-to-face for the first time.

It was a great networking event, organised by Harry Aldridge , Chairman of Y.I., Young Independence, the UKIP youth wing (Sounds like a Geordie hello – ‘wai ai’).  There was no mention on the great BBC, of the fact that the rally started as a suggestion made on a tiny Tweet by Harry himself.  To the BBC there is no such thing as an individual making any difference.

Bloggers and tweeters are in full swing this weekend correcting BBC spin.  The message is that you can cut debt and still maintain all front line services by axing the £100K+ a year marzipan layer of government, getting out of the endless wars, and getting out of the EU, all three being acts of financial piracy hitting our economy hard, all approved of by the controllers who decide how the media deals with this issue.

We need pictures of fat and evil central bankers counting their interest payments, while workers slave away to pay the debts.  Central banks are privately owned ‘businesses’.

Here’s a good example of some effective bankster portrayal from the 1920s, the last time the bankers ran the world into a serious financial crisis.

Make a grotesque figurine of a cigar-smoking banker sitting on the Debt Truck showing the sum of money owed by Britain (as pictured).  Find out the names of the major Central bankers, if you can.  One of them would be Rothschild.

People seem to forget that some lucky fat banker somewhere is collecting vast interest payments on our debt.  No need to make them look Jewish, as not all central bankers are Jewish.  The Royal Family are recipients, for example, being original owners of the Bank Of England, founded in 1694, but that of course is an official secret.  They issue money out of thin air, and collect interest for decades on end.  It’s the same scam as the Fereral Reserve Board in the US.

Just make a contemporary portrayal, please, oh talented image-makers, which we can use at the next rally to hit home the message even harder, so that BBC is in no doubt what the rally is all about… 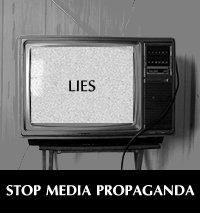 The mainstream media is owned by bankers and corporate kingpins. Not only that, but it has been historically and presently infiltrated by covert government agencies, seeking to deceive and propagandize their agendas. The CIA has long had associations with major mainstream news publications. By far the most valuable of these associations, according to CIA officials, have been with the New York Times, CBS and Time Inc. The CIA even ran a training program “to teach its agents to be journalists,” who were “then placed in major news organizations with help from management.”


How about the BBC?  Are they controlled by the spooks?  It would be surprising if they weren’t.  Spooks would be capable of changing the name of the rally, hiding the role of central bankers, the Royals, the Rothschilds, and keeping politicians’ noses out of it with a system of threat and reward.


It was indeed shocking to hear Bill Cash saying that there is no point in holding a referendum on Britain’s EU membership.  He was a false eurosceptic and bankers’ friend, just like David Cameron, all along.  Nigel Farage is still being allowed to play, for now, but the progress of UKIP is being closely monitored, you can be sure.

One Response to “Who Owns The Debts?”