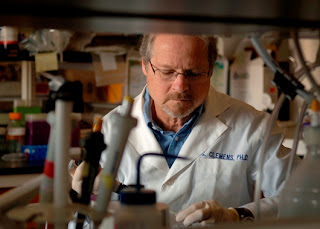 That’s what the man said…

So much evidence is emerging that OBL was dead years ago that discussion about why they failed to identify the body and then threw it in the sea is really superfluous.  Look at this from mailonline.

I am a molecular biologist and I’ve built a lucrative career in human genetics. I have run one of the world’s largest and most productive DNA genotyping facilities and now I am helping to build the global market for clinical whole human genome sequencing for the world’s largest human genome sequencing facility. I have worked with the absolute best genome scientists from the military, academia, medicine, and industry from around the world. I know DNA. And, one thing I know about DNA is that you cannot, repeat CANNOT: take a tissue sample from a shot-in-the-noggin-dead-guy in a north central Pakistan special forces op, extract the DNA, prepare the DNA for assay, test the DNA, curate the raw DNA sequence data, assemble the reads or QC the genotype, compare the tested DNA to a reference, and make a positive identity determination… all in 12 hours- let alone transport the tissue samples all the places they’d need to have gone in order to get this done.
Some might try to argue that ruggedized, field ready kits could test a DNA sample- which is true if one is attempting to determine the CLASS of a bacteria. It is not true if one is trying to determine the specific identity of an individual. Any way you slice it, the real work would require days, and I find it unlikely (although not impossible) that an aircraft carrier would have a laboratory outfitted for this kind of work… it is not the Starship Enterprise out there.
So, maybe they did get Osama. But there is no fucking way they had any genetic proof of it by the time they dumped the body over the side. What is it that we are not supposed to see with all this distraction? I think the French call it “legerdemain”.
Global Research
Next – latest from Alex Jones’ site prisonplanet.  Yet more doubts…..
As we documented on Saturday, while the face of the man watching television can hardly be seen, the other videos released by the White House show a Bin Laden that looks a lot younger and healthier than he did in 2001. All of the other videos look almost identical to footage first released in 2007 by the Pentagon front group SITE.
A separate CCTV news report featured interviews with Abbottabad residents who swore that “Osama was never here,” and that a fable had been invented to help the US isolate Pakistan geopolitically.
“I have lived here all my life, I have never seen Osama Bin Laden come or go from here, we are a close knit community, at least we would have seen him once, but we did not,” said another.
Members of Pakistan’s anti-terrorist unit could not confirm Bin Laden’s presence either, according to the report, which noted that the consensus that the whole operation was a “hoax” prevailed.
Last week, another Abbottabad resident who lived 5 minutes from the alleged Bin Laden compound and also owned a house next door said he never saw any sign that Bin Laden lived in the house, adding that the area was restricted due to it being next door to a Pakistani military facility, and that all new residents had to show ID cards before they could enter the area.

Prof Codevilla pointed to inconsistencies in the videos and claimed there have been no reputable sightings of Bin Laden for years (for instance, all interceptions by the West of communications made by the Al Qaeda leader suddenly ceased in late 2001).
Prof Codevilla asserted: ‘The video and audio tapes alleged to be Osama’s never convince the impartial observer,’ he asserted. ‘The guy just does not look like Osama. Some videos show him with a Semitic, aquiline nose, while others show him with a shorter, broader one. Next to that, differences between the colours and styles of his beard are small stuff.’
There are other doubters, too. Professor Bruce Lawrence, head of Duke University’s religious studies’ department and the foremost Bin Laden expert, argues that the increasingly secular language in the video and audio tapes of Osama (his earliest ones are littered with references to God and the Prophet Mohammed) are inconsistent with his strict Islamic religion, Wahhabism.
He notes that, on one video, Bin Laden wears golden rings on his fingers, an adornment banned among Wahhabi followers.

PICTURE from Careers in Molecular Biology