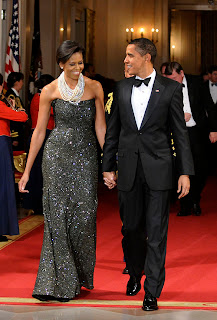 The killing of kids is kept off American networks.  But not those elsewhere.

I’m not pointing the finger at Americans.  The British, French and other NATO members are just as guilty of committing atrocities.  The funny thing is to see so many Americans enthused  by the phoney ‘death’ of Osama Bin Laden.  People in the UK are completely puzzled by the story, with changes to the details happening by the hour.   To the rest of the world,  the US and all other members of NATO, look like a right bunch of thugs, which is all we are.


The Osama myth was created to mobilise the Arabs into warlike mode,  just as much as to get Americans fired up.  The lies that get peoples to permit warfare are the real cause of the evil things that are then done.  That’s why it’s so important to fight the lies.


The Americans do look gullible all cheering like crazy at the false news they’re being given.  You would have thought that after ten years and more of total fabrication being dished up, most would be getting the picture by now.  But now yet more kids are being butchered because the media’s persuaded everyone that this is all just fine.


It makes the counter-propaganda game so easy for America’s competitors.

He and NBC Saturday Night Live head writer Seth Meyers were sharing jokes with hundreds of journalists and celebrities.

Obama offered his prayers to the people in Alabama who had just suffered a devastating tornado, but mentioned nothing about the NATO air strike in Tripoli, where Gadhafi’s three grandchildren all under the age of 12 were killed.

Which is not surprising, after all, US leaders have never apologized for the children killed by US military operations in Iraq and Afghanistan.

Rather than feeling outraged by the killings, Obama was having a good time on Saturday evening. He made fun of billionaire Donald Trump who was sitting among the audience and he laughed when Seth Meyers lampooned Trump.

While Trump, who has been questioning Obama’s birth certificate for months, is indeed the biggest joke in US politics these days, Obama looked very much like a comedian that evening.

After the air strike, some US officials immediately tried to shirk responsibility by describing the bombing as a NATO operation. Yet anyone who knows how NATO functions knows it is impossible for the US to dodge responsibility in this way.

That evening, the journalists who cover the White House and the US President failed to accept their responsibilities. Instead of promptly questioning the US president about the killing, they partied with the Hollywood stars that were also attending the dinner.

Killing three young children was sadly no news to them.

TV networks, such as CNN, which devoted days to reporting a rape case in Libya a month ago, have also showed little interest in digging into the children’s deaths.

On the contrary, they broadcast the wild celebrations by Libyan rebels when they heard the news.

The headlines on the Washington Post and New York Times websites mentioned only the killing of Gadhafi’s son, not his three grandchildren. The message seems to be: It is a crime for others to assassinate and kill children, but it is perfectly acceptable when it comes to the US and NATO.

There is no doubt that both the US and NATO still believe that military operations are great solutions to some of the world’s problems. However, what has happened in Iraq and Afghanistan has proved they are wrong. Victory cannot be won by relying on military force. The drone attacks that have been expanded under Obama are triggering more anti-US sentiments in that part of the world.

Eliminating someone is a relatively easy task for the mighty US military, but wiping out the influence of that person’s ideology and spirit is a far tougher job than it seems.

Both Obama and NATO should condemn the killing of the three children, even if their last name was Gadhafi. That is the only way not to lose more hearts and minds.

The author is deputy editor of China Daily US edition. E-mail: chenweihua@chinadaily.com.cn

You have to admit.  The overall effect of western propaganda sounds none too convincing.

The most remarkable facet of NATO‘s war against Libya is the fact that “world opinion,” that ever so nebulous thing, has accepted an act of overt military aggression against a sovereign country guilty of no violation of the UN Charter in an act  of de facto neo-colonialism, a ‘humanitarian’ war in violation of basic precepts of the laws of nations. The world has accepted it without realizing the implications if the war against Gaddafi’s Libya is allowed to succeed in forced regime change. At issue is not whether or not Gaddafi is good or evil. At issue is the very concept of the civilized law of nations and of just or unjust wars.

The Libya campaign represents the attempt to force application of a dangerous new concept into the norms of accepted international law. That concept is what is termed by its creators, “Responsibility to Protect.”
UN Secretary General Ban Ki-Moon has stated that the justification for the use of force in Libya was based on humanitarian grounds, and referred to the principle known as Responsibility to Protect, “a new international security and human rights norm to address the international community’s failure to prevent and stop genocides, war crimes, ethnic cleansing and crimes against humanity.”1
An American President, Barack Obama, has invoked this novel new concept as justification for what is de facto an unlawful US-led military war of aggression and acquisition.2  Secretary of State Hillary Clinton as Presidential candidate in 2008 said about the concept: “In adopting the principle of the responsibilty to protect, the United Nations accepted the principle that mass atrocities that take place in one state are the concern of all states.”3 Nice words and highly dangerous. According to White House insider reports, the key person driving Obama to move to military action in Libya, citing a nebulous “Responsibility to Protect” as the basis was Presidential Adviser, Samantha Power.4
In effect, via the instrument of a controlled NATO  propaganda barrage, the US government with no verifiable proof claimed Gaddafi’s air force slaughtered innocent civilians. That in turn has been the basis on which Amr Moussa and members of the Arab League bowed down before heavy Washington pressure to give Washington and London the quasi-legal fig leaf it needed. That unproven slaughter of allegedly innocent civilians was why a “humanitarian” war was necessary. On that basis, we might ask why not put a no-fly NATO bombardment operation as well on Bahrain, or Yemen, or Syria? Who decides the criteria in this new terrain of Responsibility to Protect?


ANOTHER VIEW IS POSSIBLE


There are strategies for peace in Libya which could be made to work, according the Professor talking in this clip.
If Gaddafi can be legitimately targeted, so can Obama and his family.  The attack killing Gaddafi’s son and grandchildren should be acknowledged as a mistake and apologised for.