“Lillie” Piccio on TV after the royal wedding

Royal nanny “Lillie” Piccio on Sunday said Prince William thanked her twice for coming to his wedding and, along with his bride Kate, kissed her on seeing her at the reception at Clarence House on Friday.
Piccio was the lone Filipino invited to the royal wedding, having served as a nanny to both Prince William and Prince Harry, and later working for their mother Princess Diana.
“I cried at the wedding. It was both a happy and sad occasion for me,” she told the Philippine Daily Inquirer in a telephone interview.
Piccio was happy to see the boy she had cared for turn into a handsome young man and finally get married, but she wept at the thought that his mother, Princess Diana, could not be at his wedding.
“The princess would have been so proud of him,” she said.
Piccio said she had breakfast, lunch, snacks and dinner at Clarence House on the day of the wedding and went home past 8 p.m. on Friday.
With the rest of the staff
When Prince William and his bride arrived at Clarence House from the Buckingham Palace reception in a dark blue Aston Martin, Piccio, along with the rest of the staff, lined up in the courtyard.
She said they were briefed to curtsy when the royals arrived.
“When Prince William drove in there was loud applause from everyone and all of a sudden I heard him call out ‘Hi Lillie’ and he came up to hug and kiss me, as if he really missed me,” Piccio said.
“I was dumbfounded … I was not able to say anything.”
“He said he was so happy I came to his wedding and asked how I was. He also said he liked my dress,” Lillie said. She wore a dress made by Bacolod designer Lourdes Lipa.
She added that Kate, who also kissed her, asked how she knew Prince William.
According to Piccio, Prince William told his bride that “She (Piccio) looked after Mummy before.” 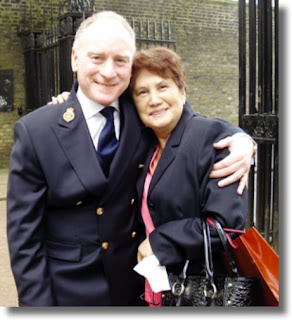 (tissue on the go)

“I told her I had been working for the family since William was a baby. She (Kate) was beautiful and sweet,” she said. “Everybody was looking at us because Prince William and Kate stopped to talk to me.”
Asked if Kate was like Princess Diana, Piccio said, “Nobody can wear the shoes of Princess Diana. She was one of a kind, she was beautiful, kind and generous. She taught her boys to be humble.”
Prince Charles and his wife, Camilla, arrived at Clarence House later, she said.
“Prince Charles came up to me and asked how I was and asked where I was working, and I told him I was retired,” she said.
Piccio added that she was having snacks when someone tapped her on the shoulder.
“When I looked up, it was Prince Harry. I tried to get up to curtsy to him but he told me to sit and he kissed me,” she said.
A lovely couple
Later in the evening, Piccio said she saw Prince William come down dressed in his tuxedo along with his wife who was wearing a white gown to go to another party at Buckingham Palace.
“He looked so handsome, and she looked beautiful,” she said.
On Saturday, Piccio said she was surprised to get a call from Bernie, the butler at Clarence House.
“He told me Prince William told him before he left to make sure to call and thank me for attending his wedding, and that he was so happy that I was there,” she said. 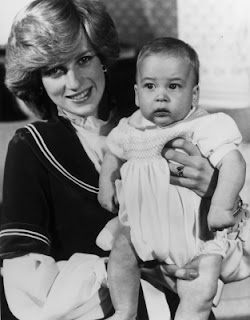 This came from a Philippine friend.  Has this been in the British media?  There wasn’t much mention of Diana that I saw and none of Lillie at all.
William no doubt felt the same way as his first nanny about his mother not being there.   To him Lilli is still an important person in his life, and a living link to his lost mother.

The stuff on Philip is interesting but it doesn’t establish that he was a part of the plot to kill Diana.  The Royal Family understand the way the world’s power structures are stacked, for sure, but involvement in murdering Diana is not  proved against them, in my opinion.
The Tap Blog is a collective of like-minded researchers and writers who’ve joined forces to distribute information and voice opinions avoided by the world’s media.

6 Responses to “‘I Cried Because Diana Was Not There,’ Royal Nanny”