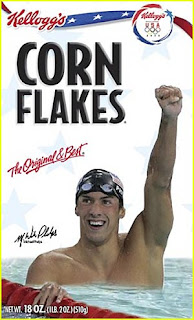 Spermicide In A Packet
See GMO information below from Seeds Of Destruction
First – which country is this?

Everyday scores, if not hundreds, of corpses – appear in streets and or are found in unmarked graves; dozens are murdered in their homes, cars, public transport, offices and even hospitals; known and unknown victims in the hundreds are kidnapped and disappear; school children, parents, teachers, doctors and businesspeople are seized in broad daylight and held for ransom or murdered in retaliation. Thousands of migrant workers are kidnapped, robbed, ransomed, murdered and evidence is emerging that some are sold into the illegal ‘organ trade’. The police are barricaded in their commissaries; the military, if and when it arrives, takes out its frustration on entire cities, shooting more civilians than cartel soldiers. Everyday life revolves around surviving the daily death toll; threats are everywhere, the armed gangs and military patrols fire and kill with virtual impunity. People live in fear and anger.


To find out the answer, click the link below.   These events are not much mentioned in mainstream media.  Yet this is a well known and important country.

I am still reading Seeds Of Destruction, a book about genetic modification of foods.  Needless to say, the manipulations include efforts to reduce human population levels.  Items such as spermicidal corn are being produced and sold around the globe with no requirement for any GM to appear on the labeling in most countries.

GM Foods are the method being used by the OWG to do just that.  More later.

Buy locally grown organic as much as you can is becoming supremely good advice, especially for staples like oats, corn, potatoes, rice and for meats like chicken, beef, pork.

Here is one more quote from the book , by Dr Arpad Pusztai, a biochemist from Scotland who tried to stop them and who paid a heavy price losing his job instantly he reported that some GM foods were causing cancers – ‘In the new age of ‘free markets’, everything – science, commerce, agriculture, and even seeds – have become weapons in the hands of the global corporation barons and their political fellow travellers.’


This link shows that the US is pressuring Europe to adopt the ‘open to GMO’ (genetically modified organisms) rules that operate across the USA.  As the topic is being kept out of the MSM, they might well succeed in sliding this through.  Where is the political opposition?

2 Responses to “Guess Which Country This Describes. More On GMO.”