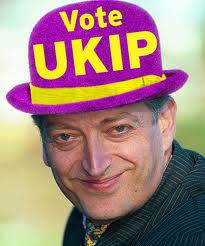 Lord Monckton
just the man to take on the United Nations

El País reports that yesterday European Commission President José Manuel Barroso faced cross-party criticism in the European Parliament over the Commission’s decision to consider the temporary re-introduction of internal border checks within the Schengen area at the request of France and Italy.  OPEN EUROPE.


Greece approaches default on its debts, making a relaunch of the drachma increasingly likely.


The EU’s borders are quietly resealing.


The wheels are not falling off quite yet, but the trend away from EU integration towards disintegration is growing fast.


The elements where integration is growing are in the military, where European armed forces fight side by side on behalf of the One World Government in Libya, and in the growing stranglehold by bankers via debt over our economies, and as regards our health where access to health is being increasingly restricted.


Herbal remedies are being banned and removed from shops.  Things like apricot kernels full of B17 and able to slow and reverse the growth of tumours are going.  People are being gradually poisoned by the water supply, where fluoride is added in most European countries, who still don’t realise Fuoride is a poison which kills.  Sweden is an exception and has banned fluoride, but in most places it is still being added to water and foods.


The EU as an institution is looking increasingly tired and pointless, but the global programmes of the One World Government, the military conquest of the whole world, the depopulation agenda, and the environmental agenda are pushing ahead in strength.


As the EU is eclipsed, the UN is rising.


As I suggested would happen in my blog introduction. 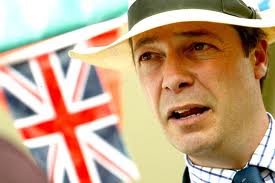 Parties like UKIP should be addressing the development of the UN now and giving less focus to the EU.  The UN has become the primary threat to our independence, and will increasingly be so.  It’s time Lord Monckton was given the brief of educating Britain about the UN, while Farage completes the task of dismantling Britain’s membership of the disintegrating EU.