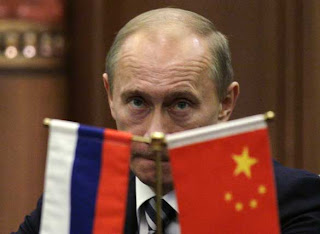 Vladimir Putin hardly gets a mention these days, but he’s talking alright.
Russia and China think that the continuing situation in North Africa and the Middle East could entail the most negative consequences.

MOSCOW: Russia and China think that the continuing situation in North Africa and the Middle East could entail the most negative consequences.

“Both Russia and China are extremely concerned about this situation, which is fraught with the most serious global disturbances,” Russian Foreign Minister Sergei Lavrov said at a news conference after a meeting with his Chinese counterpart Yang Jiechi on Friday. 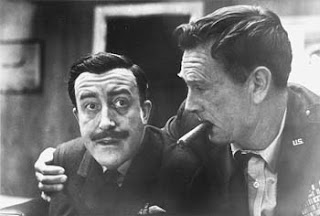 I say.  This is getting a bit messy, old chap.
(Peter Sellers and ? from Kubrick’s Dr Strangelove)

Moscow and Beijing will work together to prevent new crises in the region, Lavrov said.

“We have agreed to coordinate our efforts using the possibilities of the two states in order to help further stabilize the situation and to prevent any continuation of unpredictable negative consequences,” he said.


Putin throws the Illuminati out of Russia

In the vicinity of Tripoli: 8 Ammunition Storages.

In the vicinity of
Mizdah: 4 Ammunition Storages.

In the vicinity of Sirte: 8 Ammunition Storages, 1 Command & Control Facility.

In the vicinity of Ras Lanuf: 1 Command & Control Facility. In the
vicinity of Brega: 4 Tanks, 5 Rocket Launchers.

A total of 20 ships under NATO command are actively patrolling the Central Mediterranean.

12 Vessels were hailed on 06 May to determine destination and cargo. 1 boarding (no diversion) was conducted.

A total of 836 vessels have been hailed, 32 boardings and 5 diversions have been conducted since the beginning of arms embargo operations.
….


All the media talks of is AV and Royal Wedding trivia.  Our armed forces are involved in a killing war.  Hardly a mention.