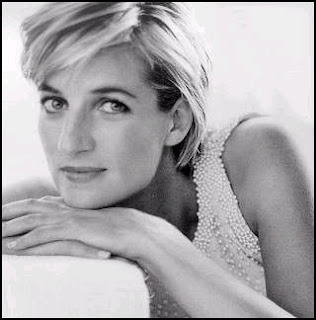 They also had an experience concerning the investigation of the Paris road crash which killed Diana.

There is no mention in the video of David Icke.  That’s false billing.  To confuse.

This is a very brave lady, who mentions the risks they underwent to investigate the Diana evidence.

She says Diana was taken out, as she was about to give public support to the Palestinians.  Details of how she knows, is in the clip.

If Diana was alive now, she’d be standing up for Libya, no doubt, and speaking out against all the oil/currency wars.  I don’t think she’d want William posing it in his RAF uniform, while the RAF are bombing innocent civilians, or having such a military background to his wedding.

That’s why the OWG took her out.  She believed in humanity, unlike her husband, who, as a stooge of The One World Government, thinks we are all a carbuncle on the arse of the earth,  ánd should have our numbers reduced by subtle and not so subtle interventions.

Unlike compliant Charles, she just wouldn’t fit the new world post-911 in which the USA wanted access and control in every country around the globe, a world in which these kind of things happen every day.

News from Libya just in –

Just seen on the news that NATO have just murdered one of Gaddafi’s sons’ and three of his grandchildren. That is sickening news. It is also illegal according to the current terms of their so-called mandate. But, I don’t suppose that will trouble them unduly.  (commenter on Political Betting)


The attempts to ‘David Icke’ David Shayler and Annie Machon are all an attempt to discredit them (which adds to the evidence that Icke is a media plant, paid to act as a disinformant, mixing the truth with evident nonsense).


Shayler, who is now photographed and presented as a transvestite megalomaniac, has been threatened of course.  How would you react?  His earlier persona was totally convincing, and his expo on the London 7/7 bombings highly professional.  It is well worth watching his videos on Youtube about the London Tube bombing.  The Shayler assessment of Diana’s death is equally an important piece of evidence, not previously made known.  I was very surprised to find it.


Another Briton who tried to stand in their way and met his death was Robin Cook.  Shayler and Machon survive maybe as they know the system, and have prepared a cocktail of revelations to be handed out if they don’t make it.

In this new and expanded edition of Michel Chossudovsky’s 2002 best seller, the author blows away the smokescreen put up by the mainstream media, that 9/11 was an attack on America by “Islamic terrorists”.  Through meticulous research, the author uncovers a military-intelligence ploy behind the September 11 attacks, and the cover-up and complicity of key members of the Bush Administration.
The expanded edition, which includes twelve new chapters focuses on the use of 9/11 as a pretext for the invasion and illegal occupation of Iraq, the militarisation of justice and law enforcement and the repeal of democracy.
According to Chossudovsky, the  “war on terrorism” is a complete fabrication based on the illusion that one man, Osama bin Laden, outwitted the $40 billion-a-year American intelligence apparatus. The “war on terrorism” is a war of conquest. Globalisation is the final march to the “New World Order”, dominated by Wall Street and the U.S. military-industrial complex.
September 11, 2001 provides a justification for waging a war without borders. Washington’s agenda consists in extending the frontiers of the American Empire to facilitate complete U.S. corporate control, while installing within America the institutions of the Homeland Security State.
The Tap Blog is a collective of like-minded researchers and writers who’ve joined forces to distribute information and voice opinions avoided by the world’s media.