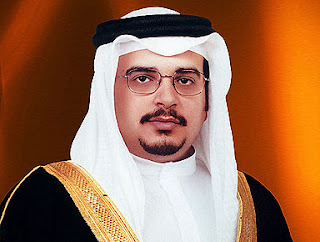 Why is the Bahraini Prince Salman not coming the the wedding?
He was invited.  And where is President Gaddafi’s invitation?

As media analyst Paul Kane points out: “It is so telling, on so many different levels, for example, the contrast between Bahraini rulers, who get invited to the British royal wedding – something that is taken to epitomize and define the gentility and nobility and cultural achievement of the western elites – and Libyan rulers, who get munitions, presumably loaded with depleted uranium, on their heads.”


Ah, Bahrain, unlike Gadaffi, never issued their own currency.
If you please the world’s central bankers, you get invited to all the best parties, even if you murder and torture.
If you don’t please the central bankers, it makes no difference how good you are to the people you rule.
You borrow and you pay interest, or you die.

One Response to “Royal Weeding Out Of Guest List”