She, Diana, instinctively had it right, and could not be allowed to continue.

Charles is an agitator on behalf of the United Nations’ Agenda 21 and Habitat 2 programmes, which are bringing in worldwide communism, the end of the nation state, the end of private property and the collectivisation of humanity, not to mention a vast culling of our numbers.  See The Sustainable Prince by the late Joan Veon.  Agenda 21 is the United Nations’ Agenda for the 21st Century, which 99.9% of humanity has never heard of.

Would you be happy for your children to ‘volunteer’ to be sterilised?  That’s coming. 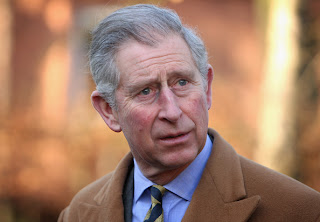 Central Banker and ‘Sustainability’ Agitator  (As The UN defines the term).  He must be aware of the depopulation programme.

Williams’ mother was a bit cooky, but she stood against endless warfare, and the separation of humanity into divide-and-control regional blocs, prior to the planned interventions to destroy our way of life.

The One World Government, the implications of which are now showing more clearly than they were at the time of her death, quite clearly sides with Charles, and he with them.

If only the world knew what Charles really gets up to with his United Nations buddies, and what they are planning for all our futures, people would not be watching royal weddings all dewy-eyed.  You’d think the assassination of the last Royal consort would have put some kind of dampener on things and made people demand to know what is going on.

But such things as the depopulation programme are kept well out of the public eye.

I hope William and Kate follow where his mother led, and they abandon the gross errors of Charles.  Or are they too setting on course to become yet more Central Banking agents of  world oppression?  I am sure the pressure is on them to cooperate, and do and say nothing which obstructs our enslavement by the most brutal totalitarian regime ever to walk the planet, The One World Government.

Royalty is being used to mesmerise the world’s populations while the powerful accelerate their acquisition of power.  William has chosen a simple girl who thrives on all the attention, and might live a little longer than his mother by choosing not to notice the horrors being perpetrated while she luxuriates.  Who can blame William for cooperating with the dumbing down of Royalty as is necessary for his own survival? 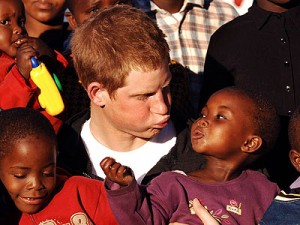 Harry seems more interested in humanity.  Will he play a part in freedom’s future course?
The fact that Harry gets bad media gives a clue.  They’ve spotted he’s got his own mind and the media slags him off at every opportunity.  This anti-Royalist piece from Global Research uses anti-Harry propaganda as a way to have a go at the whole Establishment, when the things he’s accused of are trivial enough, as you can see.  You have to kiss their feet to get good media, don’t you know.
The fact that he doesn’t do that is encouraging, although he must feel a bit shocked at the amount of bad media he attracts.  Maturity and a sense of responsibility and understanding seem many years away, but if he has his mother’s heart and not his ‘father’s’ leaden shoes, there’s hope that Royalty might still have a heart, and not just a wallet.
Global Research on the royal wedding and Libya –
It’s a far cry from the remote isle of Anglesey in Wales (also known as “RAF Valley”) where Prince William has been based as a search and rescue pilot. Seemingly the couple have been sharing a rural home there and, according to a bar employee of the White Eagle at Rhoscolyn, quoted in the Daily Mail: “They’re just like any other young couple in love — until you realize they’ve got armed bodyguards on the next table.” Quite.

Perhaps his choice of a search and rescue career, was as an antidote to his younger brother Harry’s public relations disasters, from going to a party in a Nazi uniform; calling in air strikes from a bunker in Afghanistan, to blow villagers to bits, wearing an emblem for the media there reading: “We do bad things to bad people” – and seemingly appropriating the motorcycle of a local, probably his cherished, only lifeline, in the remote region. There was also a bit of a storm when he referred, on video to an army colleague as “Our little Paki friend” and another as looking like “a raghead”, according to the News of the World, who obtained the footage.

Prince William. by the way: “usually drinks bitter, perhaps a pint or two, and Kate sticks to white wine and sparkling water. He seems to enjoy our homemade burgers and chips. Kate prefers fish and salads,” the worker said.
Public relations seem to be somewhat strained by the wedding too.


Apart from eye watering expense, declaring a three day holiday, licenses for street parties and celebrations as the country is involved in chastising others on human rights, and its armed forces, in which the two Princes are enlisted, are dropping missiles on Libya’s small six million population, while the Defense Minister, Liam Fox, as The Guardian (27th April) elegantly puts it: ” … in recent days has been edging towards declaring Gaddafi a legitimate target.”


Assassinating Colonel Quaddaffi, is for most, unacceptable, and shocking.


As Rick Rozoff poignantly wrote: “NATO aircraft had flown a total of 3,725 sorties and 1,550 strike sorties since the Western military bloc took command of the war against Libya … ” he added: “On Easter Sunday, when almost a third of humanity celebrated the resurrection of the Prince of Peace, NATO acknowledged bombing government targets in and near the cities of Misrata, Sirte, Mizdah and Zintan. Hours later NATO warplanes bombed the residence of Muammar Gaddafi, wounding 45 people, 15 seriously.”(i)
We are the war criminals, yet again as we have so often been.  Supported by the media, our forces destroy countries, cultures and lives.


Our Royal Family dare not say one word, and are seemingly supportive of the One World Government’s actions.


Our politicians are silent.  UKIP’s opposition to the war is relative and cautious.  Only in blogs such as Global Research can the true story be found.


What Brits don’t yet realise is that they are fighting to suppress freedom.  Once all countries are suppressed and in the control of the OWG, we will also become its victims.  Our beloved armed forces will no longer be required.  The crowds in London this week are cheering not a glorious past that lives on, but the agents of their own coming destruction.

Although Harmony was a publishing flop, I urge you to dig through the remainder bins and find a copy. You will then realise that royal intransigence may soon present us with a national embarrassment which will make us forget last week’s undoubtedly perky events.
I already knew that the heir was a mark for every type of homeopathic quack and new age conman, but never realised that he was an open target for cultists as well. His book shows nothing but contempt for the scientific method, seeing it as our curse rather than our salvation. He wants us to return to a pre-Renaissance world and find the shared “sacred geometry” of the vagina in the designs of disparate ancient buildings.
We must then look heavenwards and see mystical significance in the mean orbit of Mercury, which sits “within the orbit of the earth in such a proportion that it fits exactly over the pentagon at the heart of the five-pointed star”.
It is the tale of The Da Vinci Code told by an idiot.
To say that Prince Charles’s views are reactionary is to libel honest conservatives. His hatred of science, his dismissal of technologies that might feed the hungry and heal the sick, his barely disguised admiration for the Middle Ages, when the credulous peasantry picked organic crops and presented them to princes – rather like himself – can be found today only on the extreme right of the green movement.
His courtiers tell the press that his behaviour in no way shows that he is unfit to be king. He may have meddled in politics since the late 1960s, they say, but that does not mean he will carry on meddling when he is head of state. He may have suggested that drinking carrot juice and taking coffee bean enemas may help combat cancer, but that does not mean he will carry on delivering his uninformed and unsought opinions when his mother dies.
He may have ignored his constitutional role in the most outrageous fashion by bombarding ministers with suggestions and objections, but that will cease as well. Even though he is a 62-year-old, set in his cranky ways and surrounded by flatterers, he will change. Trust us, he will.

The media narrative is focused on whether Charles is fit to be king, ignoring the fact that he is already effectively a world emperor within the One World Government, and will be King regardless of popular opinion.  He is not popular.  Very clever stuff, it has to be said.  Except it’s not difficult to find out the truth so it’s not that clever.  Check out the links I give earlier in the post.