Jesse Ventura is always worth listening to, and here he is on Piers Morgan’s US TV chat show.  There’s more than a hint that he will be standing for US President.  Jesse’s on the campaign trail here, I think.  Let’s hope he does stand and goes all the way.  Jesse Ventura has the balls to address all the topics the powerful would prefer were left well alone.  He calls it ”The Fascist States Of America”,  becoming a textbook example of the Roman Empire.  He talks of the Gulf Of Tonkin incident in Vietnam, which was a false flag, as happens at the beginning of every war to get them started.  He talks about dictators being in the pocket of the corporations.  Piers says blandly that the West has to do dirty deals occasionally.

Jesse says we need to end dependence on oil, which is the excuse for all the wars.  They go over Afghanistan and what that war is about.  Piers says that it’s all about stopping Osama Bin Laden creating terrorists.  My God!  He’s out of date.  Bin Laden died years ago according to Benazir Bhutto.  Piers knows what he has to say to please his bosses, I guess.

JFK’s assassination, asks Piers?  CIA assassination squad, says Jesse.  Jesse overturns Piers’objections by pointing out that he’s an expert marksman himself and he couldn’t make the shots claimed to have been fired by other theories.  Piers plays the corporations’ side on every topic, trying to rubbish Jesse’s knowledge and ideas.  He clearly knows where his pay check comes from, but at least he gives Jesse a go.

The US’s HAARP (High Frequency Active Auroral Research Program) weapon system can cause natural disasters, including earthquakes and tsunamis like the one that happened in Japan,” James George Janos, better known as Jesse Ventura told CNN’s Piers Morgan in a recent interview.

Less well known, but equally compelling to listen to, is this funny little American guy called Mike, in the next clip, who is also following the same kind of stories as Jesse Ventura, that earthquakes, tsunamis and radiation are all being deliberately caused.  He believes that the Illuminati are preparing a massive disaster which will kill billions of humans, leaving themselves as the survivors to inherit the earth.  It wouldn’t be so bad if he wasn’t so convincing.  I rather like his style and can see why he’s built up such a big Youtube following.

This clip tells us that he was recently run off the road, his vehicle is strangely malfunctioning, as is his cellphone and his night vision equipment.  He comes across ordinary but his internet techniques are the best I’ve yet seen, for explaining what he’s finding.  In one section, he has a page from the UN website which declares that HAARP is capable of creating a nuclear level explosion through ionospheric manipulation, and he implies that the device could have been used in Japan.

Mike says that contamination by radiation was at high levels before the recent Japanese disaster.

But first you need to hear about his truck and all.  In another video he shows that the US Federal Government is buying up all emergency disaster relief rations.  They are preparing caves in the National Parks to create survival chambers from extreme ”geological” events.

He shows that vast solar flares are being created to deliver huge doses of radiation to earth.  He shows that the government is buying up heat-shielded emergency shelters, which will enable the protected to survive while the rest of humanity is toasted.  The magnetosphere is going down, he says.  He also covers the attempt to deliberately spread disease through vaccination, and spread infectious diseases, and the storage of vast numbers of body bags and plastic coffins by the US Federal government. 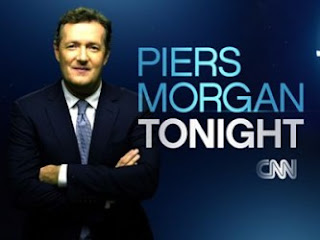 Compared to most people who deal with these topics, Mike engages with his audience as a person first, and talks about the OWG killing programmes second.  ”They want the world for themselves,” he says.  He covers chemtrailing and weather manipulation.  In fact he misses out nothing from the full chamber of OWG horrors, both those in process, and those yet to come.

The Gulf is still spewing oil, he adds, and he covers the lack of media coverage of the events going on.  ”We are living in a false reality,” he adds.

I don’t see it quite the same way he does.  They don’t want the planet all for themselves, so much as they realise that only other people can take away the extraordinary powers they have built up in secret over the last century.  They don’t want to lose their position of power, and the only way they can see in their deranged view of the world, to secure their position, is to kill as many people as it takes to stop anyone challenging them.

The new media and the internet are revealing them and their works by degrees, and they know that once they are discovered and it is known who they are, there will be no forgiveness for the massive scale of the crimes against humanity they have committed.  The answer for them is to commit one more vast crime against humanity, and get rid of everyone else before they all are finally brought to book.

If you have just two more minutes, the next clip is pure theatre.

Benjamin Fulford in Japan, speaking in Japanese protected by Japanese secret criminal gang, and sitting with two presumably yakusa members, is revealing information about the Americans and recent world events.  The Middle East have been refusing to supply them with oil as they were not making payments, he claims, so they invaded Libya.  Fulford says the financiers have run out of money and are getting desperate.

Finally he states that Mount Fuji will be erupted using HAARP on April 11th 2011.  There’s not long to wait before finding out about that one.  If the Americans use HAARP on Japan again in an attack on Mt Fuji or elsewhere, Fulford says that the Russians, Chinese and Japanese will make moves to close down the weapon.  It sounds a bit like World War 3 coming to me.

Hopefully there will be a home-grown rebellion in the US military to put a stop to the insanity before it goes any further.  Surely there are some Von Stauffenbergs ready and willing to knock out the madmen at the top.

Then again there are people that believe there are problems with the Fukishima radiation.  Is it real?  Could the whole thing be another false media-staged event?


In another video, a scientist raises the question.  There are problems with the evidence, in that much of it is dramatically lacking.   Is Fukishima being used as the excuse for radiation that was released elsewhere and was in the environment all along?  Pennsylvania and Massachussetts, for example, have very high readings of Iodine 131 for example, but why is that localised and not more general?  If it was coming from Fukishima that is not what you would expect.  That means that the radiation probably isn’t.  Watch the clip for more similar observations.

Such as in Scotland the presence of Iodine 131 in sewage and water is explained as being caused by authorised disposal by hospitals!  You mean, NHS hospitals are a source of radiation in water?  That’s news.    Are we sure this is a net health gain?

The speaker points out that, in the past, the presence of Iodine 131 in milk was attributed to the Christmas Island nuclear tests, but these have since been demonstrated to have been faked events, he claims.  He explains how the photographs of the explosion were impossible.

Yet more lies for our poor brains to try to absorb.  Yet we have to try.  If Jesse Ventura could unravel it all, I’d be most grateful.