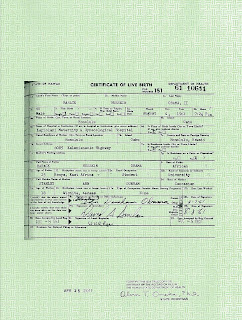 The hospital wasn’t called that in 1961!
expand picture by clicking
“Kenya (listed as Obama’s father’s nation of birth) wasn’t called Kenya in 1961. It was the British East Africa Protectorate. It was not known as “Kenya” until 1963.

From www.aangirfan.com
I am going to toss out a theory here; a theory that explains why even though Obama was born here in Hawaii why there has been obfuscation over the birth certificate. The theory involves a minor scandal Obama needed hidden, yet was too trivial to be of use to either Hillary Clinton or John McCain during the 2008 campaign.

That is the real issue here. If there was anything at all to this claim that Obama is not a natural born citizen, both Hillary and McCain would not have hesitated to use it to remove Obama and win the White House. So there must be another explanation.


If true, this connects all the facts together in a reasonable manner.
Obama grew up pretending that the man married to his mother was his biological father, and took the Obama name into politics. The revelation that mom had had an affair and that Obama was illegitimate is an embarrassment, and in a tightly contested election race might be a small liability given Davis’ support for Communism.


But given that Davis was from Chicago, there is no question that Obama, in this scenario, is still a naturally born US citizen. McCain and Hillary could not have used the scandal of Obama being illigitimate without making Obama look like a victim of dirty politics. After all, Obama can hardly be blamed for the circumstances of his conception. But his deception regarding his last name is intentional on Obama’s part and reason enough for Kagen to block the birther lawsuits to keep the original certificate hidden.


This scenario also explains the statement Obama made in the video about how his father served in WW2, because while Obama Sr. and later Soetero were too young to serve in WW2, the far older Frank Marshall Davis did in fact serve in WW2.
This seems to make the most sense to me.


Obama as a Communist loyal to his real father’s politics would stack up nicely with his loyalty to the One World Government.  That’s what being covered up, not so much his illegitimacy, as the political information as to who the President really is.   A believer in the programmes of the United Nations to end all nation states, all private property and collectivise humanity.  The cap fits. 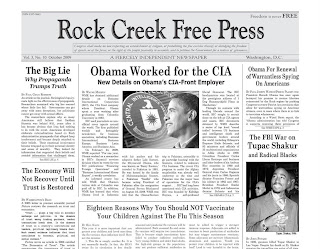 There is more.  Many of Obama’s relatives have connections to intelligence agencies.  His grandmother has an interesting history, as does his grandfather.  His mother, and his Kenyan father too.  CIA activities everywhere.  His father seemed keen to introduce Obama’s mother to various political leaders around the world, a honey-trap queen.  The intelligence connections are endless.  Obama is CIA.


Wayne Madsen explains some of the details…


Hi aangirfan, I just googled a few old maps of Africa and according to them it was called Kenya here in 1959:

It might be worth having a look at some others. see what you think anyway.


See other comments on www.aangirfan.com casting doubt on the assumptions made about the birth certificate, and a video.