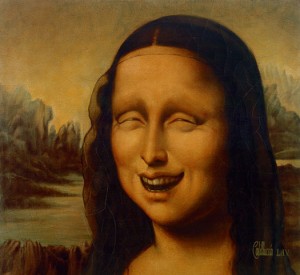 Western civilization as we know it.

Large amounts of surplus dollars are pouring into the rest of the world.Central banks have recycled these dollar inflows towards the purchase of U.S. Treasury bonds, which serve to finance the federal U.S. budget deficit. Underlying this process is the military character of the U.S. payments deficit and the domestic federal budget deficit. Strange as it may seem and irrational as it would be in a more logical system of world diplomacy, the “dollar glut” is what finances America’s global military build-up. It forces foreign central banks to bear the costs of America’s expanding military empire: effective “taxation without representation”.

Keeping international reserves in “dollars” means recycling their dollar inflows to buy U.S. Treasury bills, namely, U.S. government debt issued largely to finance the military.
To date, countries have been as powerless to defend themselves against the fact that this compulsory financing of U.S. military spending is built into the global financial system. Neoliberal economists applaud this as “equilibrium”, as if it is part of economic nature and “free markets” rather than bare-knuckle diplomacy wielded with increasing aggressiveness by U.S. officials. The mass media chime in, pretending that recycling the dollar glut to finance U.S. military spending is showing their faith in U.S. economic strength by sending “their” dollars here to “invest”. It is as if a choice is involved, not financial and diplomatic compulsion to choose merely between “Yes” (from China, reluctantly), “Yes, please” (from Japan and the European Union) and “Yes, thank you” (from Britain, Georgia and Australia).
It is not “foreign faith in the U.S. economy” that leads foreigners to “put their money here”. This is a silly anthropomorphic picture of a more sinister dynamic. The “foreigners” in question are not consumers buying U.S. exports, nor are they private-sector “investors” buying U.S. stocks and bonds. The largest and most important foreign entities putting “their money” here are central banks, and it is not “their money” at all. They are sending back the dollars that foreign exporters and other recipients turn over to their central banks for domestic currency.
When the U.S. payments deficit pumps dollars into foreign economies, these banks are being given little option except to buy U.S. Treasury bills and bonds which the Treasury spends on financing an enormous, hostile military build-up to encircle the major dollar-recyclers: China, Japan and Arab OPEC oil producers. Yet these governments are forced to recycle dollar inflows in a way that funds U.S. military policies in which they have no say in formulating, and which threaten them more and more belligerently. That is why China and Russia took the lead in forming the Shanghai Cooperation Organization (SCO) a few years ago.

Earthquake, flood or no fly zone anybody?  Otherwise send us all your money now so we can enslave you fully.

Next stop is Agenda 21 of the United Nations – the end of national sovereignty, and of private property, the collectivisation of human society, the end of all previous religions and their replacement with a recently created environmental/spiritual hybrid.  This an unstoppable financial/military black hole which is sucking in every human on the planet and creating the most powerful totalitarian state of all time.

The funniest thing about it all is that very few people even know it is happening.  You might as well laugh as cry.