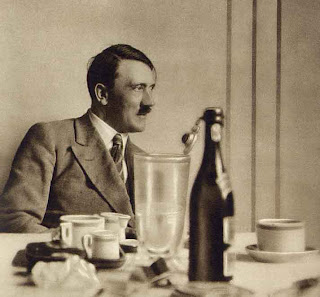 Friend of the Bush family.   He found that putting fluoride into water made people more docile.  Nowadays it only strengthens their teeth, we are told.
Read ‘The Population Control Agenda’ By Dr Stan Monteith.

I encourage people to listen to Dr Stan Monteith in my blog summary Tapestry’s Politics.  People who follow my blog, and who find much of what I write about believable, do, on the other hand, have trouble with believing one topic in particular. People glaze over at the thought that someone might be deliberately putting things into our food and water supply, or using vaccinations with the intention of harming us.

I suggest that anyone struggling to get to grips with this topic, and I include myself in that group, should either refresh and watch Dr Monteith’s clip again, or, if new to Dr Monteith, watch his video for the first time.

He has a number of facts which anybody living in the world with an enquiring mind needs to know.

Why for example, do 40% of the children with AIDS in African HIV-intensive areas, come from mothers who are HIV-free?  AIDS is being passed by sex, as we are always told.  Children don’t have sex.  Dr Monteith wrote a book called  Aids The Unnecessary Epidemic, and he has an idea as to why these children are dying of AIDS.


He explains Malthus, and how his ideas were transported into the modern era by Francis Galton, the Father of Eugenics, and Margaret Sanger.  He covers the topic of why Russia’s population is tumbling, and who is on record as stating that the world’s population should be reduced.  Who would want to hide the cures for cancer, and create a batch of new diseases, and who actually has done so, and admitted it?

Are there fertility controlling agents and carcinogens being supplied in foods and in the water supply?  Why is autism now affecting one in thirty five male children in the US when, not long ago, it affected only one in thousands?

Why do one in four couples in the US today find it impossible to conceive?  Dr Monteith has researched these topics, and more, over his time as a writer, researcher and broadcaster.  He was formerly an orthopaedic surgeon who gave up his practice to campaign against AIDS, which he always referred to as the unnecessary epidemic, once he realised the authorities were making no attempt to control the outbreak.  His Radio Station is Radio Liberty at www.radioliberty.com, located in Monterey, California.

He will not set you free, but it will, at least, assist you to work out whether you face any threats to your family and your loved ones, or not.  And those who are sceptical, saying things to me like,”surely depopulation is bad for business”, I would suggest you hear Dr Monteith.  He says that the people who are in control of the world don’t see things like you and me.

He will also inform you as to why Hitler put fluoride into the water of the occupied countries, and explain to you why you’ve never been told that, and many other things, and never would be told by the new media monopoly, another title he recommends.  The video starts with 30 seconds of black level.

More on fluoride sent in by Derek in comments.

8 Responses to “Hitler Put Fluoride In The Water Of The Countries He Occupied. Why?”