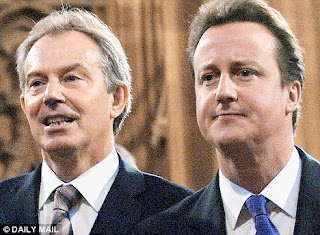 How many wars does it take before we should call it a world war?

Libya, Afghanistan, Pakistan and Iraq are not nearly enough, apparently, according to an EU official speaking yesterday.  The list of future warzones is being readied, and is on file.  It seems that war is ”in”, and is seen as the solution to the world’s troubles.  At what point this will spark some kind of blowback from a slightly larger potential foe is hard to say.

Wars are easy to start, hard to control and win, and harder still to extricate yourself from.  Afghanistan has run for ten years already.  If more wars are to be added to the ”current” list every year, the numbers of war zones could grow to a point, where war and not peace becomes the norm.  That’s the true definition of a world war.

It seems that the EU, and therefore presumably the UN, just can’t wait.  David Cameron must be beside himself.

EUobserver reports that a Hungarian junior minister, speaking on behalf of EU Foreign Minister Catherine Ashton, has said that military intervention in Bahrain, Syria and Yemen is “a possibility”.


The article notes that Ashton occasionally asks people from the rotating EU Presidency, currently held by Hungary, to step in when she is busy.


It’s surprising, isn’t it, to find that World War Three was declared by a junior minister of a supranational organisation, unreported by the main media, and to be found only on a blog. But there seems little doubt that moves to greater and greater conflict are being deliberately taken with a view to bringing more war to the world.  It’s just that no one in power really wants to tell you.  Just as with a dodgy insurance contract, WW3 is in the small print.


See The War Against Humanity.