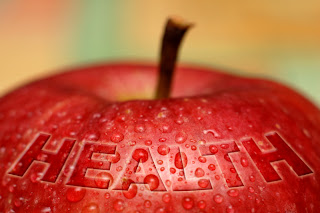 The health industry is a cartel.  The NHS is a con, the pharmaceutical part of it, especially, which is 80% of the shebang at the GP level.  If people had to pay for their medicines they would be consuming far less of them.  As most are addictive and harmful substances, millions would be much healthier without the NHS sliding antidepressants at them, and other inappropriate get-out-of-my-surgery quick fixes, which are harming people.
People would look more to their own diet, to exercise to improve their general health and wellbeing, which is where most people could greatly benefit.  But the truths about health are suppressed.

This lady gets her guilt at having been a part of the health industry off her chest in this video – but this is only the very half of it.  The cures and preventions for many conditions are well known and are cheaply and easily available, including most cancers.  But the information is kept out of reach.  Pharmacy is the most profitable cartel in the history of mankind.  Disease is big bucks.  The last thing they want is to cure people.  Let her explain –

Then click on the links in Tapestry’s Politics – especially World Without Cancer by G.Edward Griffin, which explains how the health cartel took over the world a hundred years ago, and ensures that millions of people become sick around the world who could otherwise lead perfectly healthy lives.  The NHS turns your brain off.  Like the TV.  Both are harming you, filling your head with crap, not to mention your body.  Like the lady says. 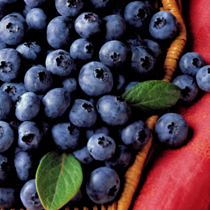 Try reading about Naturapaths.  The right foods can make you healthy, combined with removal of toxins from your water intake, environment and diet.  It doesn’t take much effort to give yourself an enhanced quality of life, and longer life.  But it does take study, understanding and thought.

21.  Everything in so-called public hands is in fact in the hands of the cartels.  Governments are bought to serve the interests of the cartels.  Look at Mandelson, Blair, Brown and Prescot, all become fabulously wealthy, or becoming so, after they leave office, after serving the interests of big business, and central bankers for a decade and more.

The NHS is a method of ensuring the health cartels keep control of the supply of pharmaceutical products at high prices to British consumers, 80% of which they don’t need, and most of which actually harm health.  Most illnesses could be prevented completely or alleviated by other methods, but all serious discussion and knowledge is suppressed by a compliant media.

Clegg knows how to keep in with his paymasters, as does Cameron.  Five or ten years on, they will collect their multi-millions, as the nation’s health is kept on a downward trajectory earning billions for the cartels, so powerful most have no idea they even exist.


FROM COMMENTS ON CONSERVATIVEHOME

Pete Lee said in reply to Tapestry…
So Quote form tapestry, the website linked above
”Then click on the links in Tapestry’s Politics – especially World Without Cancer by G.Edward Griffin, which explains how the health cartel took over the world a hundred years ago, and ensures that millions of people become sick around the world who could otherwise lead perfectly healthy lives. ”
What a load of anti science garbage
ReplySunday, April 03, 2011 at 21:38

Tapestry said in reply to Pete Lee…
Try reading the book first. How come you know what it says before you do? You don’t.
ReplySunday, April 03, 2011 at 23:07
The Tap Blog is a collective of like-minded researchers and writers who’ve joined forces to distribute information and voice opinions avoided by the world’s media.

6 Responses to “Delayed NHS Reforms? Just Get Rid Of The Thing.”