The Ascent Of Bankers

But why not go the whole way?

The collapse of the EU is part of the greater plan.  The method of its collapse is debt.  Debt is being accumulated on such a vast scale in every EU country that it cannot possibly be paid off.  The Euro and the EU will implode.  A worldwide single currency is being readied to replace the Euro, and all other currencies. It’s called the SDR, or Special Drawing Right.

The world’s Central Bankers have a political power base.  It is not the EU.  The EU is a device designed to destroy national sovereignty.  Once the nations are destroyed, through political confusion and debt, the real source of the world’s power can declare itself.  Its agents are being readied by careful selection and insertion into governments worldwide.  In Britain they are called Common Purpose Graduates.

The EU’s collapse will be followed overnight by an activation of the Common Purpose network which is being inserted into Britain’s Civil Service at every level.  David Cameron regularly attends their conferences in secret.  The United Nations is the One World Government at the head of this network.  The EU will disappear in a puff of debt, and open rule by the bankers will appear, as if from nowhere, via the United Nations. 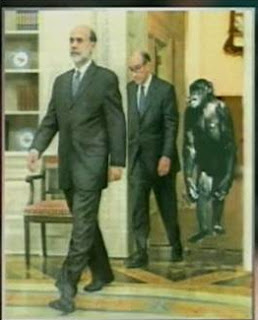 The Ascent Of Bankers

The debts have a purpose, to destroy the nations and the EU, leaving the bankers in supreme control.  The debts are not an error of policy, Godfrey.  They are the implementation of the policy of those who really run the world.  Tell your fellow Parliamentarians that next time.  You know, I honestly don’t think even half of them realise that they too will be disposed of, once their purpose has been served.