I like listening to David Icke until he starts talking about The Lizards when I tend to glaze over.  At this moment in history, his is a good voice to cover what’s going on.  Alex Jones in this interview gets his ideas on recent events -.

These things for example –

Radioactive isotopes being put into the water supply in Texas was reported this week.  Fluoride’s not killing us fast enough, apparently.

Manipulating the earth’s energy field, the earth’s weather, creating holes in the ionosphere, setting off earthquakes  and tsunamis is all par the course now.

Anything else going on?

Jones says the OWG is getting brazen now and admitting what they’re doing….laughing at everyone.   Al Quaeda’s our ally in Libya.  They seem to be determined to create a level of confusion in peoples’ minds, which causes everyone to switch off, give up bothering and become acquiescent.  They want to deliver as many shocks to us as possible.

Icke .. we have to stay calm and we have to stay strong.  If people become fearful, they will support anyone politically who offers to get them out of it.  This is a huge collective mind game, designed to get everyone cowed and under the thumb.

The world’s debts are so vast no one can pay them off.   Governments are introducing austerity programmes everywhere.  A new economic crash will be brought along which will enable Soros and the Rothschilds to appear as the world’s saviours.  Britain, US and France are satellites of the OWG.  They are vehicles, like subsidiaries of the global network, which introduce things all over the world all at the same time.

The American military is a satellite of the global cabal.  They have AFRICOM in place to pick off one country after another within Africa.  They are moving into Jordan and Syria.  They are going after Iran, and dismantling Pakistan.  If they use Saudi Arabia to surround and overwhelm Iran, they will then target Saudi as they won’t have any further use for Saudi Arabia.

The internet is commentating on what’s happening, and the Rockefellers are talking of closing down alternative media.

Obama winning the Peace Prize is an attempt to manipulate peoples’ perceptions until they can’t see the difference between war and peace.  This is Orwellian training to teach you how to be a slave.

Libya – ground invasion?  Or no ground invasion?  They say no invasion, then come up with any excuse they need to do what the intended all along – to take the country with troops on the ground.  People just switch off, when they are presented with continually switching and changing information, and they become compliant. 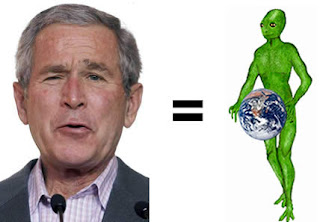 The globalists are a psychopathic structure, a pyramid of terror.  Each level has fear of the next level.  They are all terrified of the spider at the centre of the web.  Soros even is being told what he has to do.  The Rothschilds are not even at the centre.  What does Icke mean by this?  Who is the spider at the middle of the web?  Not those ruddy lizards again, I hope.

The problem is that the control structure is now becoming obvious to the public that it exists.  That period, which Icke claims to have talked of a long time, is coming now.  That is why they are throwing everything at humanity now.  They are afraid we might react strongly, and they need to create terror which brings about a Zombie-like state of acquiescence and the resignation of powerlessness.

Some people are willing to look at what is happening, and talk about it – the conspiracy theorists.  Many others prefer to bury their heads in the sand, especially people with money, who hope it will all go away.

People cannot deal with this by denying it’s happening, Icke says.  But people don’t want to admit to themselves that something this bad is happening.  Here is the fork in the road time, says Icke.  Are we going to keep control of our minds and perceptions?  Or are we going to believe that those who created the mayhem will bail us out, and truly are our saviours.

Icke says they are going to crash the stock market again.

Obama is looking zombie-like.  He’s been sussed by the people as a phoney, and is a liability.  They might well ”take him out”, as that would give Homeland Security a big boost.

Well if that didn’t cheer you up, I don’t know what will.

The fact the show took place is encouraging in itself. People are noticing a whole series of extreme events.  Here are some good explanations from people who’ve put a lot of thought into what’s happening and causing it all.

I’m glad Icke didn’t run with the lizards here.  He may be right or wrong about the lizards and all.  But I can’t follow it as it’s too far for my poor mind to go, so it’s better he talks about ”the spider at the centre of the web”, while us poor folks try to absorb all this stuff. (pardon my Texan style of address, clearly Jones is getting under my skin!)

This is an important statement summarising where the world is this week.  I hope you found it useful to listen to as I did.  And don’t miss Jones impersonating a British aristocrat going down on The Titanic.  His accent is spot-on!  I never thought I’d hear a Texan doing that.

Now then, about the masters of the universe, the extra-terrestrials and their part in this story.  I’m willing to give it one more try.  Let’s listen to Jordan Maxwell, who started David Icke in dealing with this topic.  Maybe I’m ready to try and take it all in.  Let’s see.

I’ll start listening now and look again at it later and tomorrow.  This guy has studied the word of the occult (the hidden) all his life.  He found out that most people are not allowed to know who and what really runs the world.  This is a long video, and he speaks very well.  I’m looking forward to an interesting day or so.

This link arrived in Comments –  well worth a read.
http://www.friedgreentomatoes.org/articles/beyond_insanity.php

The video stopped playing after fifteen minutes twice so I gave up.  I’ll try when next in the UK in case Youtube are running different standards in different locations.

10 Responses to “Are You Ready To Absorb Shocking News?”